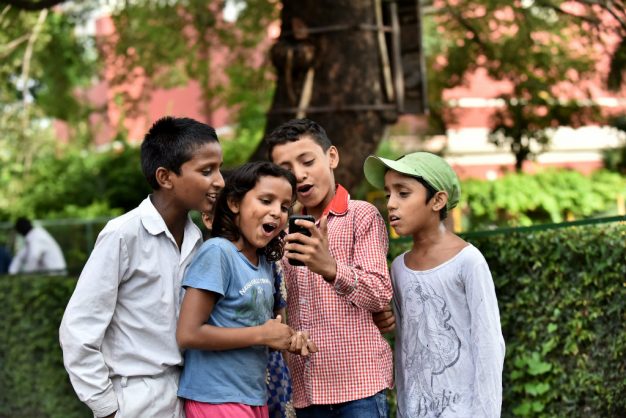 Perils and opportunities of the digital world for children – UNICEF report

UNICEF’s latest State of the World’s Children report says that despite their massive online presence – 1 in 3 internet users worldwide is a child – too little is done to protect them from the dangers posed by digital media and communications.

A new report from UNICEF calls for more to be done to protect children and young people from on-line perils and other risks posed by the digital revolution, at the same time as also supporting and enabling more of them to realise the potential of the opportunities it can offer.

The report, The State of the World’s Children 2017: Children in a digital world explores ‘the different ways digital technology is affecting children’s lives and life chances’, identifying dangers as well as opportunities.

Among the global statistics collated by the report are that children and young people are the most connected age group, comprising a third of all Internet users worldwide.

However, the report also reveals that around one third of the world’s young people, around 346 million, are not online; with African youth being the least connected. As many as 3 in 5 African young people do not have Internet access, compared to just 1 in 25 in Europe.

UNICEF finds that the online gender gap is also growing, with 12 per cent more men than women online around the world. The gap is greatest in low-income countries.

The report finds that approximately 56 per cent of all websites are in English and states that ‘many children cannot find content they understand or that is culturally relevant’.

On the question of child pornography and on-line abuse, the UNICEF report finds that more than 9 in 10 child sexual abuse URLs identified globally are hosted in five countries – Canada, France, the Netherlands, the Russian Federation and the United States.

In a digital world, our dual challenge is how to mitigate the harms while maximizing the benefits of the Internet for every child

“For better and for worse, digital technology is now an irreversible fact of our lives,” said UNICEF Executive Director Anthony Lake. “In a digital world, our dual challenge is how to mitigate the harms while maximizing the benefits of the Internet for every child.”

As well as empirical data about the reach and impact of the Internet and its digital media the report also incudes individual stories from children around the world about how digital technology is both impacting upon and improving their lives. Some of those stories can be listened to here.

The State of the World’s Children 2017: Children in a digital world is published by UNICEF and can be downloaded here