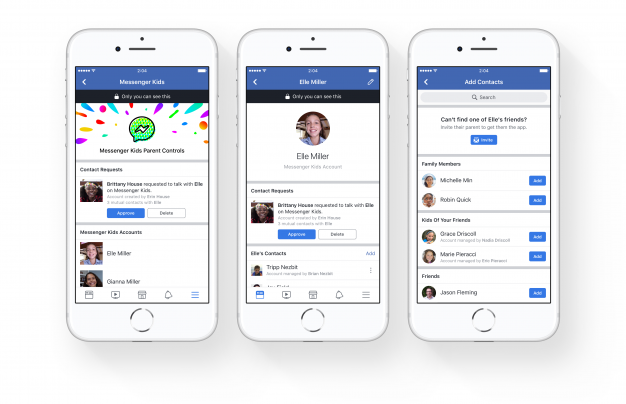 Facebook launched Messenger Kids an app that allows children to join the social network or at least in part. A Facebook account is not required in order to use the app since you have to be at least 13 to legally create one. Instead, children on the app will connect with friends and family through their parent’s account. Giving parent’s control over who is connecting with their children.

This is a similar move to Google’s Family Link which allows parents to monitor their kid’s screen use with a timer. With Facebook’s new app parents do not have to worry about pesky in-app purchases or adverts. Although one could argue that Messenger Kids is a well placed Facebook advert for young children. For the time being the new app which was launched on Monday is only being rolled out in the United States on the Apple App store.

Children’s rights in a digital age

Growing up Digital, a report produced for the Children’s Commissioner for England found that children as young as three and four were online for “8 hours and 18 minutes a week over the last year”. In today’s digital landscape it is imperative for parents, social media companies and policymakers to stay informed and vigilant. EU Kids Online recommends parents “think less about risk” and instead “focus on enhancing children’s opportunities, coping skills and resilience to potential harm”.