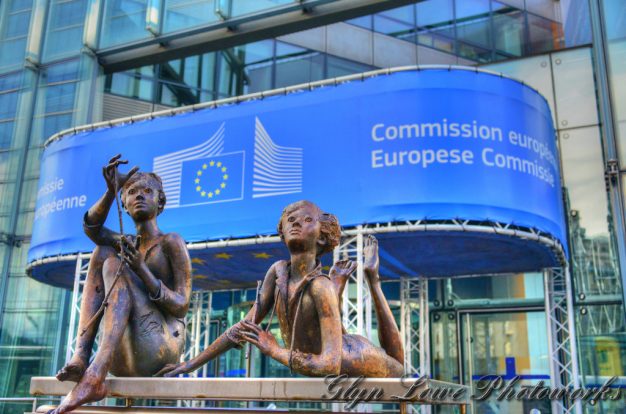 In the face of a potential rebellion by some of its own MPs, the UK government has given ground on the status of human rights after Brexit. Adrian Voce reports and, below, we include extracts from a briefing on how the issue affects children, published by an alliance of UK children’s advocacy bodies

The EU withdrawal bill aims to adopt all relevant EU statutes into UK law, to be effective immediately post-Brexit for a transition, or ‘implementation’, period, while new laws are developed. Many MPs, including some influential Conservatives, have expressed concern about the effect of Brexit on human rights – and, not least, children’s rights in particular. The government faced possible defeat over amendments intended to maintain the scope of the EU charter on fundamental rights within UK law.

The solicitor general, Robert Buckland, said in Parliament yesterday that the government was willing to work with a leading Conservative rebel, Dominic Grieve, to see how rights under the charter could be kept after Brexit, and would introduce its own amendment to this effect later in the bill’s passage through Parliament. The government also said it would publish by 5 December a review of the implications of removing the charter of fundamental rights from UK law. This was in response to an amendment by the Labour MP Chris Leslie.

How the Brexit Bill will affect children’s rights

How does the Charter of Fundamental Rights promote and protect children’s rights?

The Charter supports children and young people’s rights in a number of ways: It enhances rights that already exist in the ECHR such as the right to education. It also condenses rights enshrined in the UN Convention on the Rights of the Child (UNCRC) within one article. These include the right to care and protection, to express views freely, in accordance with their age and maturity, the principle of best interests being a primary consideration and the right to know both parents. Children’s rights enshrined into the Charter have been translated into practice through EU legislation, policy and case law.

Removal of the Charter by the European Union (Withdrawal) Bill

The Bill provides that the Charter will not be retained. The UK Government’s position is that the rights in the Charter are found elsewhere within the body of EU law, which will be incorporated. However, the effect of such retention is limited as the Bill provides that there shall be no right of action in domestic law on or after exit day based on a failure to comply with any of the general principles of EU law. Effectively, the rights which exist “irrespective of the Charter” shall therefore only be a tool for interpreting retained EU law, but they will be unenforceable in UK courts.

the UK Government has neither identified these rights nor where they are protected and made no specific reference to children’s human rights.

How would the removal of the Charter affect individual rights?

The UK Government’s position is that the Charter can be removed without the rights of individuals being affected. This position can be challenged on the following grounds:

The Charter includes rights not found in other international treaties

As well as being a consolidation exercise, the creation of the Charter was intended to take account of changes in society which had occurred since the creation of older human rights treaties, such as the ECHR, which nonetheless include important rights for children. Accordingly, the Charter contains certain rights of great importance to children and young people which are not found in other international treaties which the UK is party to. Examples here include a right to physical and mental integrity, a guarantee of human dignity and a prohibition on human trafficking.

In cases where certain rights are expressed in both the Charter and other international instruments, the scope of the Charter-based right is often broader. For example, whilst the right to a fair trial under Article 6 ECHR is limited to civil and criminal proceedings, Article 47 of the Charter is not. Accordingly, the Charter’s protection is also available in administrative cases, such as immigration decisions.15 Other examples of the broader scope of particular rights can be found in the areas of data protection and migration law.

The UK Government is correct in stating that certain Charter rights are also contained in UN treaties which the UK has ratified. However, as no action has been taken to incorporate these treaties, including the UN Convention on the Rights of the Child, the rights they contain do not have direct effect in domestic law.