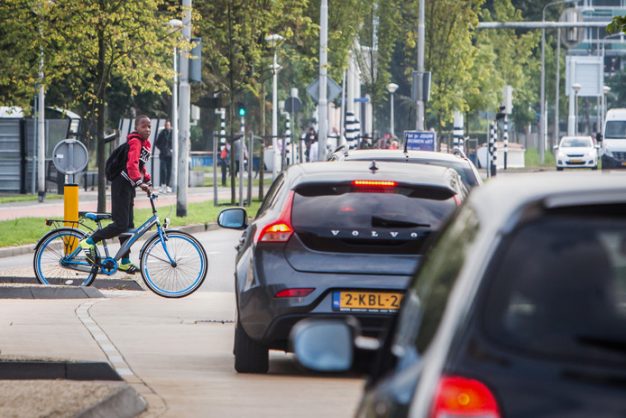 Rise in road accidents involving children in the Netherlands

Road traffic accidents involving children in the Netherlands is on the increase, according to a recent official analysis of police records.

A report from the police, the Confederation of Insurers and the traffic intelligence agency, VIA has found that 18 per cent more children in the Netherlands were involved in traffic accidents during the first half of 2017 than in the same period in 2014. The numbers injured and deaths in accidents fell by 21 per cent.

The organisations behind the report say that the increase in accidents, which largely involves cyclists, is a “very worrying trend”.

In the first half of 2017 more than 3,000 children between 4 and 18 years were involved in an accident, of which 1,150 were injured. In the first half of 2014 there were over 2,600 accidents, but 1,460 victims were killed. The figures relate to children and teenagers who engage with the traffic either as pedestrians, cyclists or moped riders.

Between the beginning of 2014 and the end of August this year, more than 20,000 children were involved in an accident. Of these, 9,500 young people were injured, 1 per cent fatally. More than half of the young people involved were moped riders, especially boys aged 16 -17. Most casualties involving children happen on school days: almost three times as often as on weekends.

The police and the insurers are therefore advocating targeted traffic monitoring and improvement of traffic schemes on 30 and 50 km per hour roads.