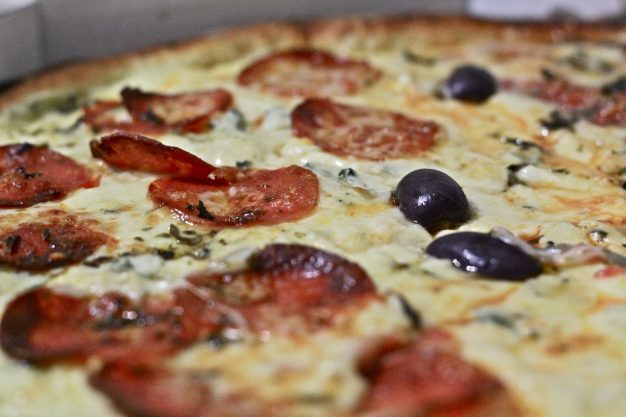 These child obesity solutions wouldn’t be acceptable for zoo animals

Instead of penning them in and shrinking pizzas, let children play outside with their friends – and not just for the exercise – says children’s play expert Rob Wheway.

Obesity is an environmental issue, not a disease. Children growing up in the 1950s and 1960s were not obese. Virtually all people over 60 (and many younger) remember walking to infant school without an adult. Most travelled unaccompanied from the age of five after being taken for a couple of weeks by a parent. Children would also be able to run around in their own street and go on errands at this age. In other words, they had daily healthy exercise at no cost in money or time to the government and their parents.

Since then, the car has increasingly dominated residential roads, which are therefore more dangerous. Parents sensibly react to the increased danger and keep their children penned in. This unhealthy trend predates mobile phones or computer games.

It is known from zoos that if mammals cannot run around outside their houses they get obese and display repetitive behaviour and poor mental health. Crucially, if their environment is improved – by enabling them to run around more freely – their health improves.

These facts have been knowingly ignored by most experts. Public Health England (PHE) recommends, as its main solution to child obesity, replacing sugar with sweeteners. And last week we heard it will be setting targets for food manufacturers to shrink pizzas, ready meals and burgers in a bid to reduce daily calorie intake.

Our children are being offered solutions that would not be acceptable for mammals in zoos. If zoo experts said that the main solution to obesity caused by being penned in was to replace some of the mammal’s food with smaller portions of calorie-free synthetic food, there would be an outcry from animal lovers. Yet this is what PHE is doing.

If mammals can’t run around they get obese and display repetitive behaviour. If their environment is changed to let them run around, their health improves.

The NHS offers tailored, personalised help to reduce risk of type 2 diabetes, including education on healthy eating and lifestyle, help to lose weight and bespoke physical exercise programmes – an expensive solution, which will reach relatively few people and divert resources from areas where treatment is needed.

Experts also constantly blame parents for not taking their children to the park or countryside more often. But most parents never did regularly take their children out to play. They didn’t have to – their children played happily in the street.

It is vital that children do play outdoors unsupervised, and not just for the exercise. In any game, children have to agree the rules for themselves, they have to play fairly (or the fun stops), they settle disputes, reach compromises, modify the rules when the situation changes (somebody joins or leaves). They learn how to cope with life. This is very sophisticated personal development in which children acquire competences for life. These skills are unique to human beings.

No number of computer games, exercise cartoons, or social media can compensate for children’s free play. No organised activities such as piano or swimming lessons, sports or dance clubs can give the same personal and social development. Parents who daily ferry their children from club to activity are clearly committed to their children, but these activities do not compensate for the lost benefits of play.

When advisers do proffer healthy lifestyle options, the advice they give is flawed. My research has shown that children and their parents want to play in sight of home as they have done for countless generations. To make things worse, transport experts seem to assume that children remain static except for getting to and from school. “Journeys” are only counted if they are, like adults, going to work, the supermarket or the golf club. The majority of children’s transport is on foot, scooter or bicycle, consisting of short distances between home, friends’ homes, back of the garages, green verges, or patches of public open space.

On a well-designed housing area with 50 children who are able to play outside they would make more than 280,000 journeys each year. Yet these are ignored by town planners as they are usually less than 100 metres. A massive amount of healthy and non-polluting transport is ignored. School activities are of limited benefit as children only go to school half the days in the year. The other half are weekends and holidays, and in any case children always played out on school days as well.

If children play out, adults are more neighbourly and keep an eye out for one another’s children. However, satnavs direct drivers down side roads to avoid congestion on busy roads, making them even more dangerous. We need a new designation for residential streets Priority should be given to pedestrians to encourage healthy lifestyles and promote neighbourliness.

Leave it any longer and we will have another generation of parents who accept it is correct to keep children cooped up in the house.

Rob is the director of the Children’s Play Advisory Service

This article was first published by the Guardian