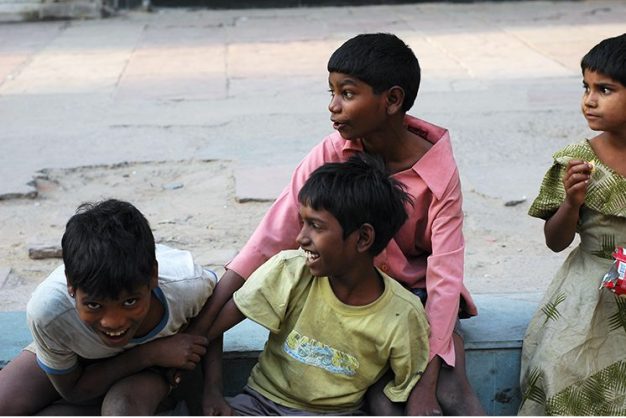 “Change our story” – UN calls for action on street children

No-one is more dependent on how the built environment and the public realm in general responds to children than those who are forced to live on city streets. The UN Committee on the Rights of the Child (The Committee) has now issued a general comment on ‘children in street situations’, calling on governments to ‘strengthen international commitment, cooperation and mutual assistance in preventing children from ending up in street situations and protecting children already living on the street. Here we publish selected extracts.

Children in street situations consulted for the present general comment spoke strongly about the need for respect, dignity and rights. In expressing their feelings, they said, inter alia: “Respect us as human beings”; “I would like for people who have never lived on the streets to see us as persons with pride, like normal people”; “It’s not about getting us off the streets and into shelters. It’s about giving us a status”; “Governments should not say we should not be on the streets. They should not harass us if on the streets. We should be accepted”; “Living on the street does not mean that we cannot have rights”; “The street leaves its mark: either you get out or you don’t”; “We don’t want help, charity, pity. Governments should work with the community to give us rights. We’re not asking for charity. I want to become someone to fend for myself”; “[People] should give us a chance to use our gifts and talents to achieve our dreams”; “Give us the opportunity to change our story”.[1]

A moral and legal imperative

The Committee considers that strategies and initiatives that adopt a child rights approach fulfil the main criteria for good practice, regardless of level or context. Children in street situations are often distrustful of adult intervention in their lives. Their abusive treatment by adults in society has led them to be unwilling to relinquish their hard-won, albeit limited, autonomy. This approach emphasizes full respect for their autonomy, including supporting them to find alternatives to depending on the streets. It promotes their resilience and capabilities, increasing their agency in decision-making and empowering them as socioeconomic, political and cultural actors. It builds on their existing strengths and the positive contributions they make to their own survival and development and that of their peers, families and communities. Applying this approach is not only a moral and legal imperative but also the most sustainable approach for identifying and implementing long-term solutions with children in street situations.

Children in street situations are at risk of, inter alia: extrajudicial killings by State agents; murder by adults or peers, including murder linked to so-called vigilante justice, and association with/targeting by criminal individuals and gangs, and when the State does not prevent such crimes; exposure to potentially life-threatening conditions associated with hazardous forms of child labour, traffic accidents,[2] substance abuse, commercial sexual exploitation and unsafe sexual practices; and death due to lack of access to adequate nutrition, health care and shelter.

… arbitrary privation of life is not limited to the illegal act of homicide, but extends to the deprivation of the right to live with dignity.

The right to life should not be interpreted narrowly.[3] It concerns individuals’ entitlement to be free from acts and omissions intended or expected to cause their unnatural or premature death, and to enjoy a life with dignity. In 1999, in the case of the torture and murder by police of three children and two young people in street situations in 1990, the Inter-American Court of Human Rights ruled that arbitrary privation of life is not limited to the illegal act of homicide, but extends to the deprivation of the right to live with dignity. This conception of the right to life extends not only to civil and political rights but also to economic, social and cultural rights. The need to protect the most vulnerable people — as in the case of street children — definitely requires an interpretation of the right to life that encompasses the minimum conditions for a life with dignity.[4]

Right to survival and development

The Committee expects States to interpret “development” as a holistic concept, embracing the child’s physical, mental, spiritual, moral, psychological and social development. Children in street situations have a limited range of activities and behaviours from which to choose for their survival and development in public spaces. States’ obligations under article 6 necessitate careful attention being given to the behaviours and lifestyles of children, even if they do not conform to what specific communities or societies determine to be acceptable under prevailing cultural norms for a particular age group. Programmes can only be effective when they acknowledge the realities of children in street situations.[6] Interventions should support individual children in street situations to achieve their optimal development,[7] maximizing their positive contribution to society

The Committee recommends that States widely disseminate the present general comment within government, legal and administrative structures, to children in street situations, parents and caregivers, professional organizations, communities, the private sector and civil society. All channels of dissemination, including print media, the Internet, and children’s own communication means, such as storytelling and peer education, should be used. This will necessitate translating it into relevant languages, including sign languages, Braille and easy-to-understand formats for children with disabilities and limited literacy levels. It also requires making culturally appropriate and child-friendly versions and pictorial rather than text-based versions available, holding workshops and seminars, implementing age- and disability-specific support to discuss its implications and how best to implement it, and incorporating it into the training of all professionals working for and with children in street situations. States are also encouraged to include information on children in street situations in their reports to the Committe

The Committee calls upon States to strengthen international commitment, cooperation and mutual assistance in preventing children from ending up in street situations and protecting children already in street situations. This includes identifying and sharing rights-based practices that have been shown to be effective, research, policies, monitoring and capacity-building. Cooperation requires the involvement of States, United Nations bodies and agencies, regional organizations, civil society organizations (including child-led organizations and academics), children, the private sector and professional groups. The Committee encourages those actors to foster continuous, high-level policy dialogues and research in relation to quality, evidence-based interventions for prevention and response. This includes dialogues at the international, national, regional and local levels. Such cooperation may need to address the protection of children crossing borders as migrants, refugees and asylum seekers and as victims/survivors of cross-border trafficking.

UN Committee on the Rights of the Child

[3]   The preparatory work of the Convention indicate that the rights to life, survival and development under article 6 were understood as complementary and not mutually exclusive, and that the article poses positive obligations (E/CN.4/1988/28).

The full text of the UNCRC’s General comment No. 21 (2017) on children in street situations can be downloaded here