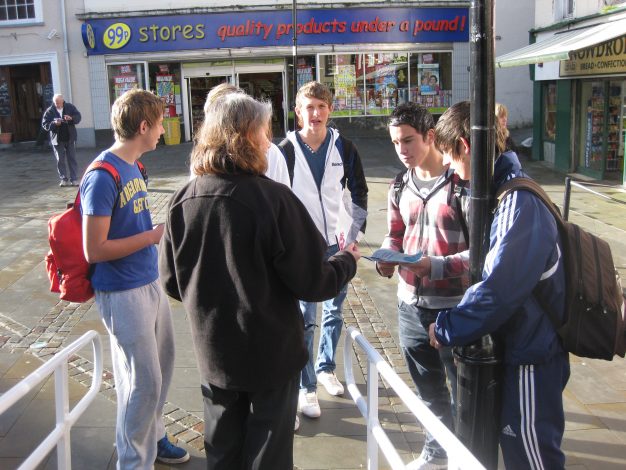 It’s time to lower the voting age to 16

At the UK general election last month, 16 and 17-year olds were yet again denied the right to vote. In this special guest blog Tommy Peto, from the University of Oxford, argues why it’s time to lower the voting age to 16.

In 2014, around 100,000 16 and 17-year-olds cast votes in the Scottish Independence referendum. Yet, in 2016, 16 and 17-year-olds throughout the UK were denied the opportunity to vote in the referendum on the UK’s membership of the European Union – the most significant political decision in a generation, and one which will affect them for the rest of their lives.  And last month at the UK general election, 16 and 17 year olds were yet again denied the right to vote.

Often, the charge is levied that 16 and 17-year-olds ‘just don’t know enough’ about politics to be allowed to vote. However, when the voting age is lowered, tests show any knowledge gap between 16-17-year-olds and adults completely disappears. Indeed, even now in the UK, the average civic knowledge score for 16-year-olds is slightly higher for 19, 21, and 23-year-olds.

Another common worry about votes at 16 is that they don’t really know their own minds, and frequently change their opinions. However, political engagement increased markedly amongst teenagers in the Austrian case, such that voter competence and the quality of 16 and 17-year-olds’ political choices were similar to that of older voters. Their preferences are stable over time, and they vote for the parties that most accurately reflect their general political preferences.

A final concern is teenagers are too politically apathetic to vote –  they just don’t care. Although this does to a limited extent describe 16 and 17-year-olds in the UK, who are, in general, less interested in politics than their older peers, this changes once 16 and 17-year-olds are given the vote. In Austria and Norway, 16 and 17-year-olds became much more engaged and opinionated when given the vote.  In fact, they became more interested in politics than those aged 18-21; have turnout rates about 10-12 percentage points higher than 18 to 23-year-olds; and have turnout rates roughly the same as the national average.

Let’s suppose, however, that many 16 and 17-year-olds are uninterested and ignorant about politics, and would remain so even if we lowered the voting age. Nonetheless, the voting age should be lowered. A number of 16 and 17-year-olds are very politically well-informed and engaged. They vote in youth parliament elections, join political parties, and canvass in elections. They are very politically mature (indeed, perhaps more than certain adults). What could we say to such individuals about why they should be denied the vote? We cannot tell them they are too immature.

In fact, those who say they follow government and public affairs ‘hardly at all’ but who nonetheless vote in elections made up under 4% of total votes cast. Politically immature voters, therefore, could only have a negligible effect on political outcomes (if any). Since there is little drawback to granting the vote to apathetic teenagers, and since it’s wrong to withhold it from mature teenagers, we cannot appeal to the politically immaturity of some young people to show that no young people should be given the vote.

The key findings of my research are that, when 16 and 17-year-olds are given the vote, they become as politically mature as older voters. And further, to the extent that some 16 and 17-year-olds are politically immature and will remain so, the negligible harm of letting such teenagers vote fails to outweigh the wrong of denying that right to politically mature teenagers. And that is why the voting age should be lowered to 16. 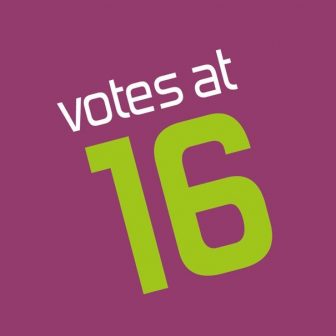 Votes at 16 is a campaign of young people together with supporting organisations and politicians across the UK, campaigning to give Britain’s 1.5 million 16 and 17-year olds the right to vote’.