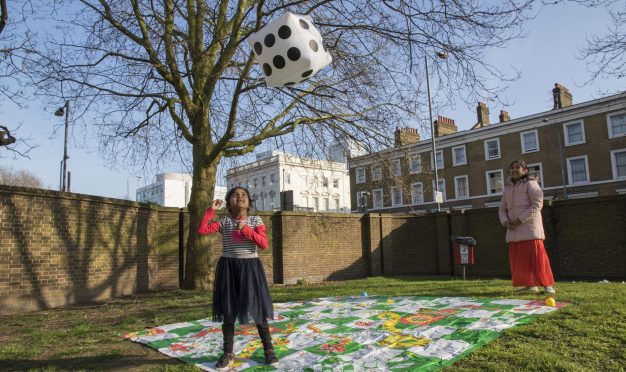 Community play on the estates of East London – Part 2

In this second extract from his evaluation report of the Community Play Programme in Tower Hamlets, Tim Gill finds that, despite the absence of national play policy, the local play association was able to address the current public health agenda for children, but that, in the face of ongoing austerity, will need to build a strong rationale to sustain its work.

In the absence, since 2010, of a specific national strategy for children’s play, the main policy context for outdoor play is the government’s childhood obesity strategy. This recognises that the problem is greatest for children from low-income backgrounds. It has adopted the goal that children should get at least 60 minutes of moderate to vigorous physical activity a day, and that schools should deliver at least 30 minutes a day, with the remaining 30 minutes supported by parents and carers outside of school time. Guidelines from the National Institute for Health and Clinical Excellence (NICE) also address children’s physical activity.

This policy emphasis is reflected locally and PATH has had to monitor its programme’s in this context. Since April 2010, the CP programme has run over 2,300 play sessions at 28 locations, involving an estimated 2,000 children. Adding all of this activity together, the programme is estimated to have led to nearly 95,000 child-hours of physical activity over a 6½ -year period: roughly equivalent to running an additional 25 weekly PE lessons in schools (and, arguably, more fun!).

This evaluation finds that the Community Programme (CP) is an effective initiative for getting significant numbers of children regularly playing out of doors. Its achievements are all the more impressive given the challenges facing children and families in Tower Hamlets. 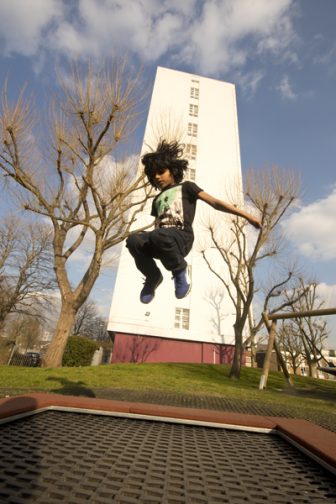 Robust public health benefits will have flowed from the increases in outdoor play and physical activity. The programme’s focus on times and places outside of school means that it complements school-based public health initiatives, supporting the Government’s child obesity strategy. In physical activity terms, the programme has had results that are comparable with those that would be achieved through significantly increased numbers of PE lessons in schools.

The CP model of core sessions plus other activities addresses key barriers that children and families face, including those that are more severe in Tower Hamlets than other parts of London. With its focus on supporting play in outdoor space within housing estates, The CP model is attuned to the circumstances of Tower Hamlets’ child population.

CP’s approach to facilitating play sessions, with its emphasis on freedom, choice and autonomy, supports children’s social and emotional development, self-efficacy and sense of self-confidence. Parents and carers are highly positive about the impact of the programme.

Delivering regular play sessions through a relatively stable team of playworkers and play development staff has allowed positive relationships to evolve and effective partnerships to be built with a range of agencies, including housing providers, tenants and residents groups, charitable funders, corporates and Council departments.

The public space, outreach and advocacy work means that the CP programme can make a difference to children, families and the community beyond the sessions themselves. The multifunctional approach to public space design is particularly suitable for Tower Hamlets, because of its population density, levels of social housing and lack of public open space.

The key challenge for PATH is to sustain and justify the CP model in a difficult policy and funding environment. This is particularly acute in Tower Hamlets, where there is limited scope for raising funds through charging or self-generated income, and where recruiting and retaining volunteers is more difficult than in many parts of the capital.

A second challenge for the CP programme is evaluating its impact and legacy. Its play development work beyond running the core play sessions has not been easy to take forward, and measuring the impact of this work is also difficult. A final challenge is the local and national policy context. The Government’s child obesity strategy, while supportive, focuses more on schools than out-of-school contexts. Hence, PATH will need to provide a strong rationale for the core CP programme of on-going weekly play sessions at multiple sites, as well as more broadly responding effectively to the challenges it faces and to build on the undoubted strengths of its programme.

Part 1 of this article can be read here