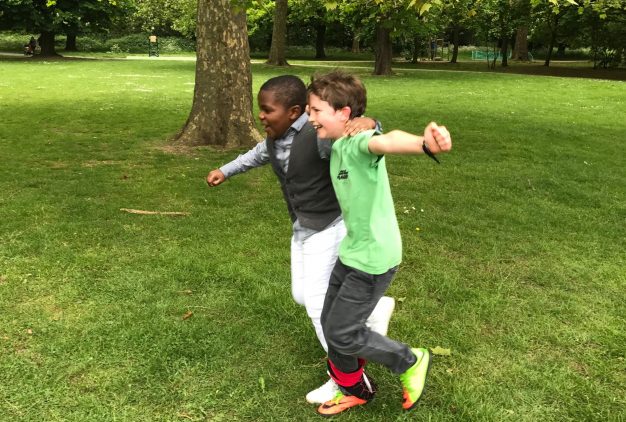 Increasing the physical activity levels of American children would save trillions of dollars in healthcare costs and increased productivity, reveals a new study. Adrian Voce reports.

A new study of the long-term impact of inadequate physical activity in children, using complex and extensive computer modelling, by the Global Obesity Prevention Center at Johns Hopkins University in Baltimore has been published in the US academic health journal, Health Affairs

Using a computational simulation model, developed to represent all US children ages 8–11 years, the researchers have estimated that a continuation of current physical activity levels would result each year in a net present value of $1.1 trillion in direct medical costs and $1.7 trillion in lost productivity over the course of their lifetimes.

Only 31.9 percent get minimum exercise

Only 31.9 percent of American children get the recommended minimum twenty-five minutes of high-calorie-burning physical activity at least three times a week. If 50 percent of children would exercise to this minimum level, says the report, the number of obese and overweight youth would decrease by 4.18 percent, reducing by $8.1 billion the direct medical costs and $13.8 billion in lost productivity to the US economy. Increasing this proportion to 75 percent would avert $16.6 billion and $23.6 billion, respectively.

The researchers gathered as much public data as is currently available about the health, weight and physical activity patterns of all 31.7 million American children now aged 8 to 11, using large-scale databases from the Census Bureau, the Centers for Disease Control and Prevention, and other groups.

They fed this information into a computerized modeling program that created an electronic avatar for every American child today. To reflect current trends, two-thirds of these children were programmed to rarely exercise and many were overweight or obese.

As the simulated children became adults, the scientists then modeled each one’s health, based on obesity-associated risks for heart disease, diabetes, stroke and cancer, and also the probable financial price of dealing with those diseases (adjusted for future inflation), both in terms of direct expenses for hospitalizations, drugs and so on, and lost productivity from ill health.

The New York Times has called the ‘staggering’. According to this  model, the costs of today’s 8- to 11-year-olds being inactive and overweight would be almost $3 trillion in medical expenses and lost productivity every year once the children reached adulthood and for decades until their deaths.

Dr. Bruce Lee, executive director of the Global Obesity Prevention Centre, says that the study is a wake up call and should be shown to school administrators who are curtailing recess and physical education classes, and to local planning authorities who are cutting playgrounds, playing fields and parks. He also calls on parents to encourage their children to exercise more by taking them for regular bike rides, swimming or jogging.

The New York Times echoes Dr Lee’s clarion call for a greater emphasis on the importance of children’s play, not just for children but for whole of society.