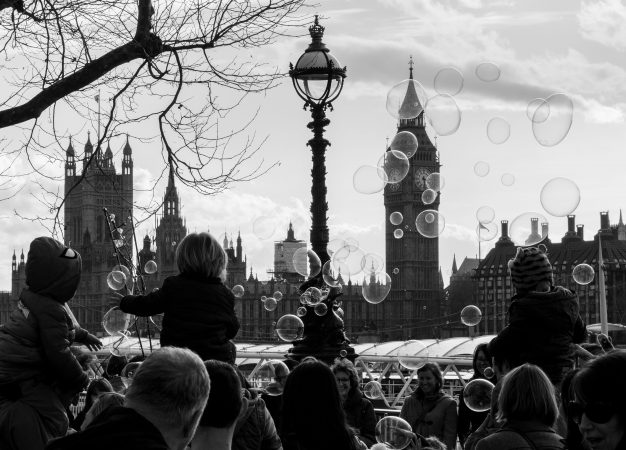 The UN (2016) has been clear – and a range of evidence confirms – that the UK government needs to commit to doing more for children’s play. This should include: protecting play space through a more child-friendly planning system; supporting the country’s diminishing network of world-renowned adventure playgrounds; and adopting playwork standards for after-school and holiday care. Adrian Voce poses some questions for politicians seeking election in June.

The government has characterised its snap general election (revealing the fixed-term Parliament Act to be essentially meaningless) as the most important for decades, positioning it as an opportunity for the country to unite behind the ‘strong and stable leadership’ of Theresa May in order to give her the clear mandate she says she needs to strike the best deal with the EU in the forthcoming Brexit negotiations. Labour – still by a long way the main opposition party during the last Parliament – has attempted to broaden the debate, making it about the kind of government we want, and who it is primarily for: ‘the many’ or ‘the few’.

What are play advocates to make of the different approaches of these and the other parties fielding credible candidates? Who is likely to be the most sympathetic to the case for play policy? Children and their families have the right to a safe, playable, child-friendly public realm – something that was promised to them 10 years ago (DCSF, 2008) only to be abandoned in the wake of the financial crisis. Play advocates not willing to accept the current dearth of play policy as the status quo should be asking the parties vying for parents’ votes some questions about their intentions for play.

What is your party’s policy on children’s right to play?

The UN Committee on the Rights of the Child has issued a general comment (2013) on states’ obligations under Article 31 of its 1989 convention. This makes clear that children’s right to play must be ‘recognised, protected and fulfilled’ for them by government policy, which should include planning, finance and legislation as necessary. The UK government should, at the very least, be monitoring the effectiveness and the impact of the statutory play sufficiency duty in Wales to explore its potential for replication in England. A full commitment to article 31 would involve following the recommendation of the All Party Parliamentary Group on a Fit and Healthy Childhood to reintroduce a cross-cutting national play strategy like the one for England that was abandoned in 2010.

What plans do you have to enable children to enjoy the freedom to play outside in the public spaces near their homes?

There has been an accumulation of evidence in recent years and decades, of the changing nature of modern childhoods, with many children no longer having the freedom to play outside that previous generations could take for granted. The reasons for this are varied and complex, with traffic, anxiety about ‘stranger-danger’, fear of crime and bullying, commercialisation of pubic space, overly structured out-of-school lives, poor planning, and the lure of electronic media each being cited as the cause of a generation of ‘battery-reared children’.

Whatever the combination of reasons, there is no doubt that, to reverse this trend – a profound change in the way that children grow up, with consequences that we cannot yet fully perceive – will take a concerted and cohesive effort, coordinated within a number of different public policy domains, and informed by a clear vision and strong commitment to a playable, liveable, child-friendly public realm.

What plans do you have to protect the UKs valuable network of staffed adventure playgrounds and other community play projects? 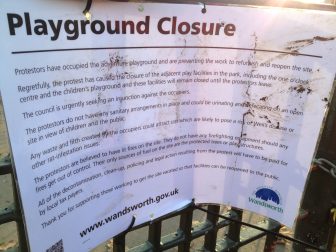 With play infrastructure bodies like Play England and the playwork unit at Skillsactive being among the first casualties of ‘deficit reduction’, it is difficult to gain a full picture of spending on play since the end of the Play Strategy (2008-10), but there is no question that children’s play services have been a major victim of austerity. Various surveys have showed cuts of up to 100 per cent in local authority play budgets, and an average reduction of more than 50 per cent from 2010-15. Play academic Wendy Russell estimates that there are now fewer than 150 adventure playgrounds remaining, with many of these still facing cuts.

What would your government do to maintain standards in after-school and holiday play schemes so that children are supported to enjoy their leisure time and not effectively forced to endure 8-10 hour school days?

Children should be able to play freely after school in whatever environment they find themselves. Playwork is the only profession dedicated to this, but the deregulation of extended services and out-of-school provision for children aged 8 and over means that it is no longer recognised, let alone required by inspectors, who therefore apply school performance criteria to a domain that should be for children’s play. School-aged childcare, after-school clubs and ‘extended services’ should contain a basic offer of playwork provision, appropriately staffed by qualified practitioners; and should also provide enriched play environments, including a requirement for outdoor space, as identified by good playwork practice.

A synthesis of these questions has been addressed to each of the main parties in the election. We will publish any replies here; and also, over the remaining days of the campaign, examine each of the parties’ manifestos for any signs of an emergent play policy, as well as considering the wider question of their position on children’s rights in general.

CRC, 2016, Committee on the Rights of the Child: Concluding observations on the fifth periodic report of the United Kingdom of Great Britain and Northern Ireland.