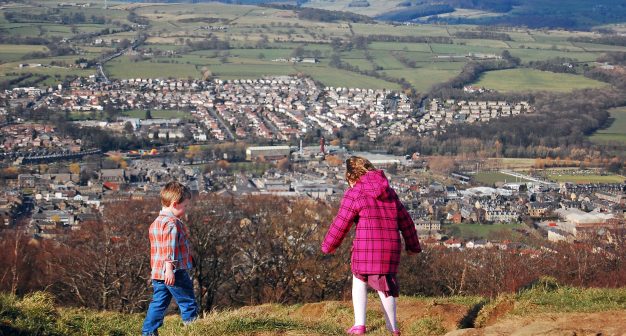 Inspired by the UNICEF Child Friendly City initiative, one of England’s biggest cities is committed to becoming also the best in the country for children. Andy Lloyd, of Leeds children’s services department explains how.

Leeds is the largest city in the north of England. Its population is approaching 1 million and there are 185,000 children living in the city – and that number is rising. Leeds has a bold ambition – to be the best city. At the heart of this is the ambition for Leeds to be the best city for children to grow up in.

In 2012, key partners working with children, young people and families across the city launched a major new initiative: Child Friendly Leeds. Based on the original concept of child friendly cities developed by UNICEF, it started with a simple question: what is it like to be a child growing up in Leeds … and how do we make it better?

This question started a new set of conversations and activities with a much wider audience than those usually associated with ‘children’s services’ including businesses, not-for-profit organisations, local sports teams, local media and arts providers. The idea that everyone has a connection to improving lives for children and young people quickly began to build momentum.

Crucially, the initiative received cross-party political support. underpinning this broad partnership are three clear, simple and linked behaviours that guide everything we do:

First, we have adopted the use of Restorative Practice as our default behaviour. This is the concept that we have better outcomes if we work with people rather than doing things to them or for them; or do nothing at all. By adopting this approach, and training well over 6000 people in its use, we have begun a very deliberate move to change the conversation between the state and its citizens. This has been particularly effective in our work with families where we have concerns about the welfare of the children living in the household. We have adopted the use of Family Group Conferencing (alternatively known as Family Group Decision Making) a model that empowers families to develop their own plan to ensure the safety of their children drawing on support from extended family and friends.

The second behaviour is always to focus on the outcome for the child by asking how much have we done, how well have we done it and is anyone better off. This approach is based on ‘outcomes based accountability’ (OBA) and it guides our governance and performance management across the city.

The third behaviour is about listening to the voice of the child in every decision we make that affects them. Leeds has already changed many of the ways it works with vulnerable groups and in its schools and communities to give children a stronger voice. Now we are looking more and more at how children and young people can have a genuine influence of the big decisions that affect the city’s future.

This approach – where connections count, everyone has a part to play and a clear set of behaviours guide everything we do – has helped the Child Friendly Leeds initiative build a growing national and international reputation. Leeds is keen to share and to learn to go further and faster with this agenda: continually working to realise the vision of Leeds as a truly child friendly city.

Adapted from his paper to the Child in the City conference, Ghent, 2017