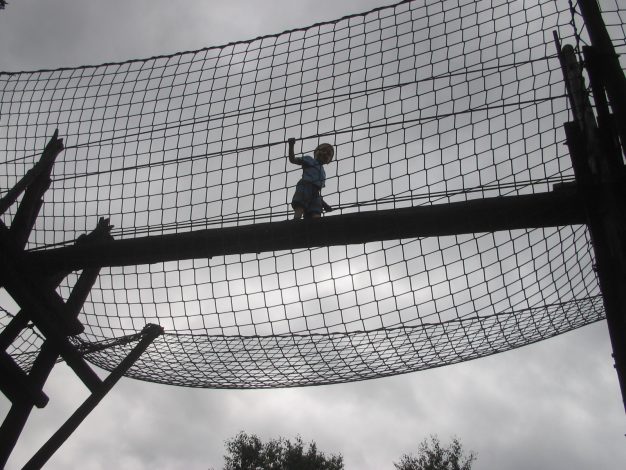 The writer and child friendly city advocate, Tim Gill has accused the UK’s public service broadcaster, the BBC of misleading its audience in the way it has reported what it calls a ‘claims culture’ in British schools and local authorities, feeding what he describes as their ‘real anxieties’ of litigation. Republished here from his Rethinking Childhood site, Gill suggests the data, in fact, tells a quite different story.

A major news story on the BBC website, published on 7 April, uses false comparisons and basic errors to create a highly misleading picture about the sums paid out for accident claims in schools. Far from revealing a ‘claims culture’, the figures actually show that payouts make up a tiny proportion of education budgets, and are not on the rise.

The story gives the results of a Freedom of Information request on compensation payouts by local education authorities (LEAs). It claims that the figures “reveal an apparent doubling in school payouts from £1.65m in 2014 to £3.45m in 2016”. In fact this ‘increase’ is entirely explained by a single payout of over £2m after a pupil’s near-drowning led to severe, life-changing injuries.

But this statistical sleight-of-hand (which, in fairness, is mentioned in the piece) is not the most blatant manipulation of the figures. The story also states that “the total sum paid out… was £7.25m over three years, enough to fund the annual salaries of more than 320 newly qualified teachers for a year”.

Let’s walk through what this comparison actually does. It takes a total amount that LEAs have paid out over three years, and compares it to the salary cost of 320 of new teachers for a single year, clearly implying that the first could pay for the second. To which I am tempted to respond: why stop at 3 years? Why not multiply up to get a figure for 10 or 20 years, implying that payouts would pay for the salaries of thousands of teachers?

The only justification for this nonsensical piece of arithmetic is that it allows the piece to make an attention-grabbing comparison that grossly inflates the scale of the problem. It is terrible journalism, and I will be taking it up in a formal complaint to the BBC.

For anyone wanting a sense of the scale of the problem of accident claims, the BBC figures have another major drawback. They include payouts for abuse claims as well as accidents. The article states, for instance, that nearly half of the total paid by Kent County Council related to two historical sexual abuse claims from the 1970s. I doubt the BBC wants to imply for a moment that payouts for child abuse are the result of ‘pupil mishaps’. So why include them in the statistics used in this piece?

Why does all this matter? It matters because – as I know from my talks and workshops up and down the country over many years – educators have real anxieties about being sued for accidents and injuries. And a key source of these anxieties is the relentless media narrative of a rampant claims culture.

Hard facts about claims help to give us a reality check. Especially when they are in a meaningful form, using relevant comparisons.

The irony is that, properly understood, the BBC figures are actually helpful in providing this reality check. I would argue that the real news story here is the opposite of that implied in the piece. Claims are, by any reasonable measure, low, and are not on the rise.

Here is my rough take on the BBC’s own figures. It leaves out the single £2million payout (as a roughly-once-in-a-decade outlier). And it just looks at accidents, not abuse.

This comparison shows that each school paid out around £60 a year on accident claims, and each LEA around £24,000. Even if the figures were reduced to zero, the saving would equate to about a pound per week per school. Across a typical LEA, this would not even meet the full costs of a single additional teacher.

Let us not forget that some payouts are entirely justified. It is surely hard to argue with a claim from children who were injured when a heating duct fell on them (to take one of the BBC’s examples).

Even with the eyebrow-raising payouts (such as the cricket ball injury or the child falling off a table) it is worth mentioning that the devil may be in the detail. What sounds at first like a crazy decision to pay a claim can end up looking rather different. A good example is the infamous US Mcdonalds coffee scolding case. (Warning: this link contains details of injuries that may upset some readers.)

So, here is my alternative BBC headline:

What morals can be taken from this story? First: there simply is not an epidemic of claims for school accidents. On any reasonable measure, the actual level of payouts is not a major problem. The fear of claims may well be a problem. But it is partly fuelled, I would suggest, by exactly the kind of media scaremongering shown in this BBC piece.

Second, the myth of the compensation culture is strong. So strong that supposedly respected news agencies are apparently willing to manipulate their coverage to fit it, even when it flies in the face of their own facts.

Tim Gill is the author of No Fear, growing up in a risk averse society (Calouste Gulbenkian Foundation, 2007) and a co-author of Managing Risk in Play Provision: implementation guide (NCB, 2012). This blog was first published on his Rethinking Childhood site.