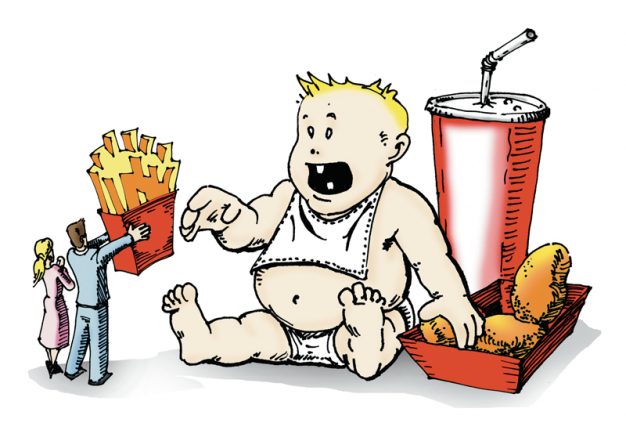 A committee of MPs in the UK parliament has criticised the government’s policy on combatting childhood obesity. Adrian Voce reports.

The health select committee of the British parliament has criticised the UK government’s childhood obesity plan, which it says contained too many “vague statements”, leaving health campaigners “underwhelmed”.

While the plan’s introduction of a levy on manufacturers of sugary drinks was welcomed, MPs said this has been hindered by a failure to monitor whether the tax is being passed on to consumers through price rises. The government’s decision not to regulate aggressive price promotion and discounting of unhealthy food was also criticised. Without it there is not a “level playing field” for those retailers willing to stop the practice, MPs said.

The committee also wants the government to regulate the advertising of high fat, salt and sugary food and drinks, particularly on television before the 9pm watershed (the time when TV content is regulated for age-appropriateness). The childhood obesity plan did not feature any such restrictions.

The committee is also concerned that the government’s plan does contain any measures to address a possible failure of industry to effectively implement a voluntary government programme aimed at reducing the use of unhealthy ingredients in the food industry fails. The MPs are urging the government to set out firm proposals on what to do if the voluntary programme does not go as “far or as fast as necessary” to tackle childhood obesity.

The chair of the committee, Conservative MP Dr Sarah Wollaston, said: “We are extremely disappointed that the government has rejected a number of our recommendations. These omissions mean that the current plan misses important opportunities to tackle childhood obesity. Vague statements about seeing how the current plan turns out are inadequate to the seriousness and urgency of this major public health challenge.

However, the committee did welcome the government’s pledge contained in the childhood obesity to ensure that the proceeds of the soft drinks levy are invested in measures to improve children’s health, including investment in school sports and an extra £10m for school breakfast clubs. The committee said it intends to carry out further research into how income from the levy is distributed to see how it can help reduce inequalities arising from obesity.

“Impact will be minimal”

Health campaigners have echoed the health select committee’s concerns. Professor Russell Viner, officer for health promotion at the Royal College of Paediatrics and Child Health, said: “The fight against obesity is going to be long and hard – and the health [select] committee is right; without action across a number of areas, any impact of individual policies will be minimal.”

Andy Burman, chief executive of the British Dietetic Association added: “The committee rightly recognise that the current childhood obesity strategy does not go far enough, and the government must have a ‘plan B’ if we don’t see the urgent progress which is needed. The evidence that advertising and promotions have a clear impact on the food choices of children and families is clear. The government needs to take steps to stop manufacturers and retailers from deliberately pushing unhealthy products high in fat, sugar and salt to consumers, and especially children.”