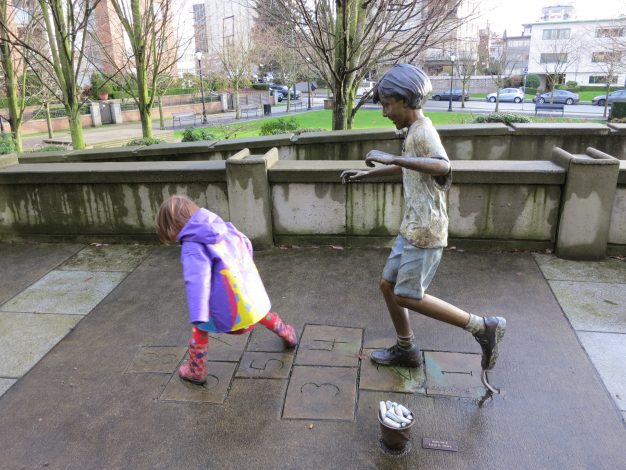 The writer and consultant Tim Gill has announced a new research project to explore the factors at work in policymaking for more child-friendly urban environments. In this article he describes the project, the issues it will address and what he hopes it will achieve.

What does it mean for a city to take child-friendliness seriously? What makes decision makers put real momentum and energy behind the vision of making the urban environment work better for children and young people? What does it take to move beyond fine words, small pilot projects and one-off participation events?

I am very pleased and honoured to announce that, thanks to a travelling fellowship from the Winston Churchill Memorial Trust, I will be visiting a half-a-dozen cities in Northern Europe and Canada to get under the skin of this topic. One key goal is to explore the relevance of child-friendly urban planning to urban policy in the UK.

The fellowship will take in four cities – Freiburg, Antwerp, Rotterdam and Vancouver – that have led the way in putting into practice the maxim of Bogotá mayor Enrique Peñalosa, that the child is an indicator species for cities. With these cities, I plan to research tangible evidence of impact, and indicators that help to measure this.

Oslo is also included, for two reasons. First, to explore the impact of Norway’s unique laws giving children a voice in municipal urban planning, and second, because of the city’s recent innovative, app-based initiative to involve 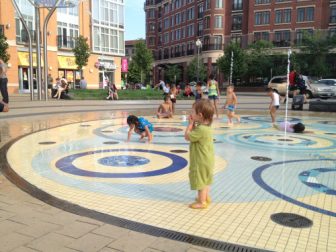 The final city on my list is Calgary. It makes the cut because it is ramping up its engagement in child-friendliness, thanks its participation in the Lawson Foundation-funded play strategy. It is also host of the upcoming International Play Association conference in September (which I plan to attend and speak at).

The funds allow me to spend about a week in each city. I am still finalising my itinerary. However, the Canada leg will definitely be in September to coincide with the IPA conference. The Europe leg is likely to be in early Spring 2018. In each city, I will be doing a mix of interviews, desk research and site visits. One aim is take a guided tour of one residential neighbourhood in each city, with an 8-year-old child as my guide (taking a leaf out of the book of Enrique’s brother Gil Peñalosa and his campaigning group 8 80 Cities).

I have argued that the impact of the global CFC movement on urban planning has so far been limited. In my view, it needs to engage in debates about outcomes and impact as well as rights and participation. It needs to recognize the crucial importance of children’s independent mobility. And it needs to forge links with other progressive urban agendas. Strong partnerships are vital in influencing urban planning systems that are struggling to manage the pressures of globalization and urbanization.

So while I am interested in connecting with play advocates and activists in each city, my priority is to probe the views of civic leaders and influencers: the mayors, senior planners and others whose decisions shape the urban fabric for decades to come. I want to speak to people who have been persuaded of the merits of child-friendly urban planning, and who have insights and lessons to offer the as-yet unconvinced.

Needless to say, I am hugely grateful for the WCMT’s support. I am thrilled to have been given this opportunity, which builds on my ongoing collaboration with global planning consultancy firm Arup around its forthcoming publication Everything to Play For.