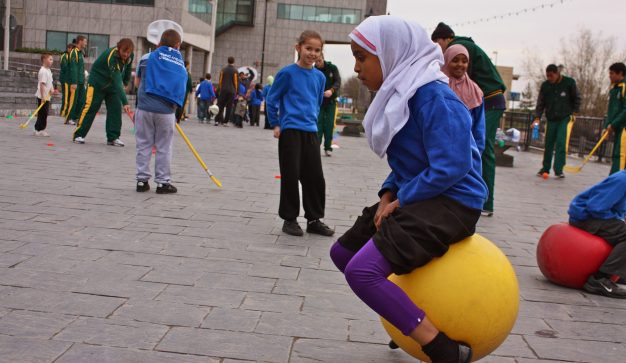 The Welsh capital city, Cardiff will adopt plans to become a UNICEF child-friendly city if the City Council backs a proposal being submitted to its cabinet this week. Adrian Voce reports

The plan is for a three-year partnership with UNICEF UK to deliver a ‘Child Rights Partners Programme’ for the city that would aim to embed children’s rights throughout the authority and across the city.

The proposal is for the authority to agree a number of steps to make Cardiff a child-friendly city. These would include measures to: strengthen the voice of looked after children; ensure young people and children have a voice in policy decisions and major consultations; consider the rights of children when developing and delivering services; and give young people and children the opportunity to take part in shaping developments such as the physical design of public spaces.

Phil Bale, leader of the council, said: “We want to deliver the best possible outcomes for children in our city, especially those children who are looked after or who have left care so they can be happy and lead a fulfilling life. Using the experience of UNICEF UK, we hope to strengthen the voice of children looked after by the city council.”

“Guilty of not listening to children”

The elected member for early years, children & families, Councillor Sue Lent, said: “We want to make Cardiff a child-friendly city because what can be more important than our children and their futures. We don’t want our children’s rights to be ignored. We want children to feel safe, to feel that they have a voice and that they will be listened to. It’s probably fair to say that in the past the rights and the views of children have been disregarded in some instances. Institutions in the past may have been guilty of not listening to children.

“But we want this to go beyond the City Council and beyond other institutions into the very fabric of what makes Cardiff a great place to live in and a great place to grow up in. We want everyone in Cardiff to care deeply about the children who live here. We want to create a city that fully respects the rights of children, a city where children are valued, a city where they can grow up feeling safe and appreciated.”

UNICEF UK has been running five pilots of the Child Rights partners programme in the UK since 2013. The programme is part of its global Child Friendly Cities initiative.

It would be great if all of the child-friendly cities were also ones that were allergy-friendly, for the kids, for everyone. We need to stop planting highly allergenic city landscapes! See: http://www.safegardening.org