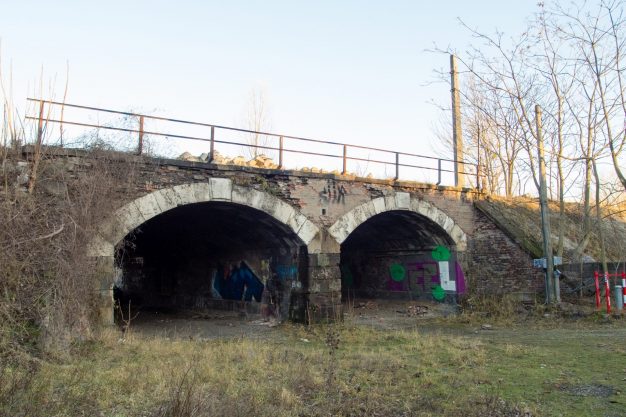 Campaigning for a Viennese utopia

On one of the biggest development sites in the city of Vienna, a local initiative is campaiging for a very special, and very Austrian, place for children to play and experience the natural world. Peter Rippl of the group Stadtwildnis Nordbahnhof describes their vision for an urban utopia in the heart of the capital.

This is a typical Austrian term for a typically Austrian space: a left alone corner in the city; overgrown with wild vegetation, full of rubble and waste. This is also the stuff our children will remember and which, if we give ourselves time, many of us like to nostalgically recall, often with the subsidiary thought, “The poor youth of today, no longer having such places!”

But there it is, at the Nordbahnhof in Vienna’s 2nd district. The Gstettn at Nordbahnhof has always been an adventure playground for the children of this inner city neighbourhood; their own special place of opportunity to explore, experiment and above all play.

And this Gstettn – where there used to be a railway station, the Nordbahnhof – is also a unique habitat for many plants and animals. Trees overgrow the railway buildings, foxes settle in the embankments, songbirds nest in car wrecks, tower falcons and owls breed in ruins, bats in old tree giants, rare plants spring up on seemingly arid ground, iguanas migrate and spawn, impervious to the human company they keep.

Nature take its place in the city

On one of its biggest development areas, with flats for 20,000 people until 2025, the city of Vienna could create a unique place here, a “First Urban Nature Park”. Nature conservation in the middle of a metropolis. Everyone could see here how nature takes its place in the city. With partial leisure use, partly pure nature zone. Animal watching from your own places and exploring on landscaped paths through the countryside.

Once a year – in June the “First Urban Nature Park” would be transformed into a true Eldorado of wild flowers with high grasses, attracting flower lovers and nature photographers from all over the world. From old railroad tracks, a colorful sea of ​​colours would arise, swaying the summer breeze. Butterflies, beetles, wild and honey bees, bumblebees, snails or a hundred thousand grasshoppers would populate this sea of flowers. What a great revaluation this would be for the people living there.

The Leitbild Nordbahnhof 2014 (the planning guide for the development) contains a 12 hectare green space, the Freie Mitte (free centre). This should remain natural, with as few interventions as possible. Ideally, the dilapidated water tower would have been restored and become the center and attraction of the new district, the new grätzl how people in Vienna call their surrounding area.

Around the “free centre” thousands of children live and learn. The new educational campus can get a focus on nature, thus setting new standards in the field of nature education. The opportunity to experience nature in the immediate vicinity makes Vienna so unique. Even if it might sound a bit utopian, the chance is here right in front of us. We only have to grab it!

The city of Vienna, being a declared exemplar ecological city has the opportunity to show at the Nordbahnhof how urban development and the protection of nature can be reconciled.

Read about the campaign in German here