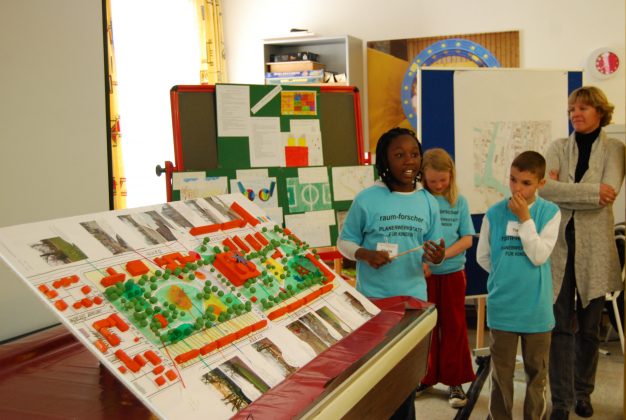 Is German youth prepared for democracy?

The German media is abuzz with the implications of the 2017 Kinderreport (children’s report), which found that only two-thirds of the adult population trusts young people to be competent enough for democracy. The organisation that published the report cautions against alarmist reactions, writes Darijana Hahn

“Democracy in Danger!”
“Can We Trust Young People With Democracy?”.

The recent flurry of headlines in the German media about a new report on adult attitudes to young people all had a similar, alarmist tone. This concerns Thomas Krüger, President of Deutsches Kinderhilfswerk, who conducted the research. “This low level of trust in adults, about young people’s ability to sustain democracy is very worrying”, he says.

Deutsches Kinderhilfswerk is an organisation that has carried the cause for a child-friendly Germany for more than 40 years, advocating for children’s rights by promoting and encouraging their participation, by doing press campaigns and, last but not least, by initiating studies of children and young people. Deutsche’s Kinderhilfswerk asked 1080 adults how they assess the competence of the next generation for democractic engagement.

But while most of the media followed the proclaimed worries of the Kinderhilfswerk, there are other voices interpreting the results differently. “It’s surprising that so many adults do trust the youth”, said Klaus Hurrelmann, for example. Hurrelmann is a famous German researcher on the subject of youth. And one journalist wonders why the study didn’t ask about the reasons for the mistrust.

Similarly controversial is the discussion about how to better prepare young people for democracy. While 66 percent of those polled speak for more youth participation and better consideration of children’s rights by 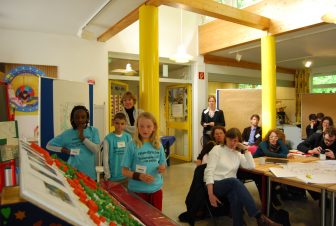 In defiance of all these controversies, Krüger sees the 2017 Kinderreport as a milestone towards strengthening German democracy by supporting the democratic competences of children and young people. While those polled see families as most responsible in training children for democracy, Krüger calls on the whole of society, and demands more political education, starting in kindergarten. Finally Krüger prompts politicians to literally invest in children, so that child poverty can be tackled better and so that participation projects can be expanded.

With the prize “Goldene Göre”, which it awards each year, Deutsches Kinderhilfswerk wants to promote greater participation of children and youngsters in all questions and issues concerning them, according to the UN-convention on the Rights of the Child. The ultimate ambition connected to the prize is to dignify the children’s and youngster’s commitment and to present these projects to the public.

The award including prize-money of 12.000 Euros last year went to a project in the city of Prenzlau in the northeast of Germany, where pupils initiated German lessons for refugees and supported them to undertake the teaching themselves. The “Goldene Göre” for this year will be awarded on the 18 June and will, says Kruger, be yet another inspiring example of how the next generation of voters is, in spite of the headlines, keeping German democracy alive.