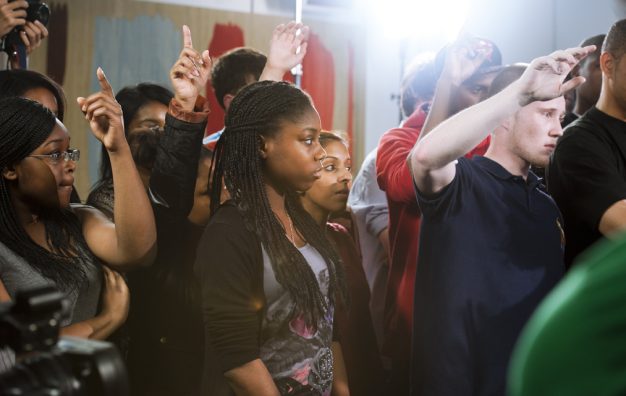 Many young people today face serious challenges in housing, money and mental health problems. All too often, says a UK youth charity, they encounter creaking public services that aren’t responsive to their needs and that fail to uphold their rights. Now, this charity, Youth Access, an advice and counselling network, has launched what it describes as a ‘pioneering major initiative’ aimed at empowering young people to use their rights to address social injustice.

Make Our Rights Reality (MORR) is a national programme designed to equip young people (aged 15-25) to take control of their problems and improve services in their communities by connecting them with their rights and responsibilities.

The charity says that young people often complain of being brushed off by council departments that were established to protect them, shut out of mental health services, exploited by employers, singled out for benefit sanctions – and ignored when they try to speak up. Arguably, they claim, no previous generation has experienced a greater need for the skills to navigate ‘the system’ as part of negotiating a successful path to adulthood. Yet few young people are aware of their rights, how to assert them or where to go for advice.

A partnership of funders and leading youth advice charities has come together to develop an innovative approach. Make Our Rights Reality (MORR) will: educate young people about their rights and responsibilities and how to tackle their everyday problems; support young people to work collectively in their communities to address social injustice; and establish a national campaign network of young people speaking up for their rights

James Kenrick, Head of Policy and Development at Youth Access (the advice and counselling network), which is leading the MORR project, says, “we hope this will be the start of a long-term social movement to connect young people with their rights and responsibilities as a vital part of their active engagement in civic society. We know from research that young people possess the lowest levels of ‘legal capability’ of any age group. As well as giving young people the tools to exercise their rights and responsibilities at critical points in their life, we want to support the youth and legal sectors to focus on rights as a tool for empowering young people – and on youth voice as a powerful tool for social change.”

Em, aged 25, a young person who participated in a pilot of MORR’s core ‘RIGHTS’ training course, speaking about the new initiative, said: “I really enjoyed it! I got the knowledge I needed to sort things out. I’ve already used what I learned to get compensation from my landlord for the damp and mould in my flat.”

Annabel Hodgson, Chief Executive of No Limits, which is leading delivery of MORR in Southampton and Hampshire, said: “No Limits are so excited to be part of this national project promoting young people’s rights. Our Advice Centre in Southampton is seeing increasing numbers of young people who are bewildered and disillusioned – without our support they go round and round in circles trying to access services or claim benefits to which they are entitled. MORR will really help young people to help themselves.”

“Young people can pay taxes without having the vote”

Dan Mobbs, Chief Executive of MAP, which is leading delivery of MORR in the East of England, says: “Young people have suffered a bigger proportion of public service cuts than any other age group. They aren’t entitled to the national living wage and can pay taxes without being able to vote. Young people are often expected to take responsibility without being given rights – the worst possible situation and found to be a factor in the Rotherham abuse scandal. Make Our Rights Reality is an opportunity to support young people to stand up for themselves and stay safe by learning about their legal rights and participate in campaigns aimed at improving life chances. MAP is 100% behind it and very proud to be one of the delivery hubs. We can’t wait to get started.”

MORR is a partnership coordinated by Youth Access.  MORR’s programme of public legal education and youth social action will be delivered through three ‘hubs’ managed by highly respected youth advice services: MAP (covering Norfolk, Suffolk and Cambridgeshire); No Limits (Southampton and Hampshire); and 42nd Street (Manchester), working in partnership with Young Persons Advisory Service (Liverpool). The initiative is initially funded for three years by the Legal Education Foundation and the Esmee Fairborn Foundation.