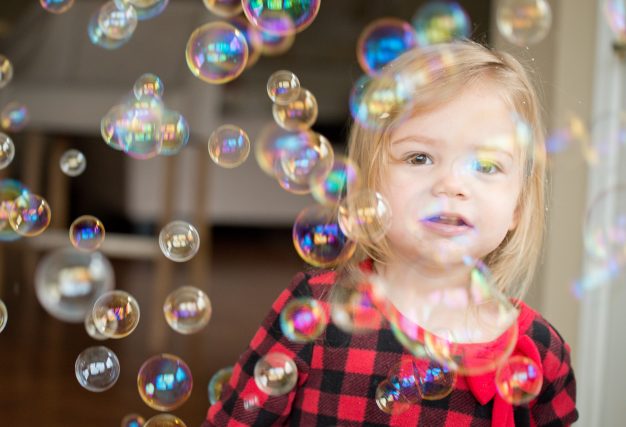 Is this London nursery the future for childcare?

The availability of affordable, high quality childcare is a major challenge for both families and government. In this extract from the Guardian, Juliet Rix investigates why an innovative community nursery in East London is attracting the interest of influential think-tank, the New Economics Foundation (NEF).

In one corner of the large, light room a two-year-old carefully dollops red paint on to an egg box. Elsewhere kids play together, or chat to one of the several adults present, and occasionally a young girl in a long yellow dress sweeps past.

This is Grasshoppers in the Park, an east London nursery where professional staff and parents work together to create childcare that is cheaper than a private nursery while having more adults on hand to help. In the UK, childcare eats up 27% (pdf) of family income (more than double the 12% OECD average) and in London average costs are more than a third higher (pdf) than in the rest of England.

By getting involved at Grasshoppers parents can reduce fees. All 30 families are expected to contribute in some way, from DIY to helping with the daily walk to the park. They also help with the finances, fundraising and admin (much of which can be done out of office hours) or simply by taking home a bag of laundry over the weekend.

Parents able to take on a bigger role are invited to help in the classroom for a regular day a week. Like other larger roles, “parent days” attract a monthly discount of £120 off the fees, which are already banded according to household income. That might be less than most mums and dads could earn in that time, but it is not solely about the money. 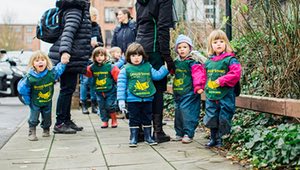 Dafydd, a primary school teacher and parent director of Grasshoppers, agrees. “It is a real community,” he says. “We pay over the odds, in a very low paying sector, and our staff are fantastic.” Four out of five of them have degrees, two are (unusually) men, and only one role has required recruitment, albeit twice, in the last four years.

The co-production model of childcare is well-established in countries such as Sweden, New Zealand, Canada and the US. In the UK, however, it is rare, says Lucie Stephens, head of co-production at the New Economics Foundation (NEF). Stephens has found just a handful of such nurseries in the UK, almost all in London. Most started with a few families getting together to share childcare before becoming formalised over time, in Grasshoppers’ case as a not-for-profit limited company.

“Existing structures are largely failing all but the wealthiest”

NEF is now working towards providing a structure for the creation of more co-produced nurseries in Britain, particularly in low-income urban areas. Working with the Family and Childcare Trust, which campaigns to reduce pressures on family life in the UK, they hope to start the first pilot in London in the spring.

Innovation in the provision of childcare is essential, Stephens insists, particularly in London where existing structures are largely failing all but the wealthiest. She also believes being non-profit making is key: “Parents giving their time and effort want to feel it is to benefit their children, not faceless shareholders.” This has additional potential benefits when trying to get support from other organisations. NEF hopes to work with housing associations and local authorities, which may be able to provide low-rent premises for a service that would benefit their tenants.