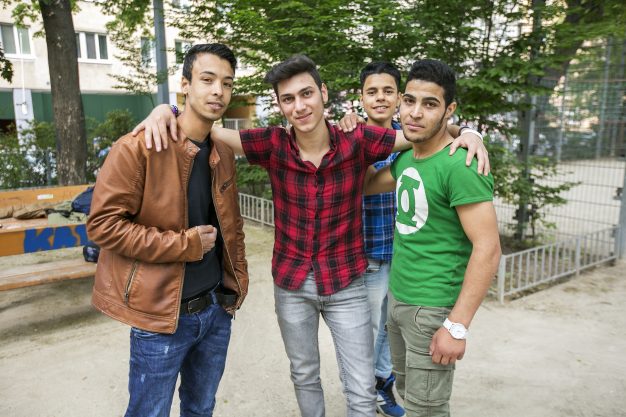 Working with the youth of Vienna

The host city for the next Child in the City conference, Vienna has a children and youth service that aims to match the best in the world. Here, Bettina Schwarzmayr, of WienXtra, describes its distinctive qualities and how its international links help it to continually develop and improve.

Vienna is at the same time a Federal Province of the Republic of Austria and a municipality, a position that gives it extensive competencies and a larger sphere of action than other cities. Its tasks range from youth welfare to extracurricular youth counselling. This means that Vienna is responsible for the allocation of resources, planning, support, and implementation of extracurricular activities for children and young people, the promotion of youth organisations and open youth work, and can adopt the youth welfare legislation for Vienna on its own.

In many cities, youth workers are employed directly by the respective municipality.  Vienna has outsourced the implementation of youth work to various supporting associations. This allows for the ideal adjustment of its services to the specific demography of the respective neighbourhood and to the needs of the young people.

Despite this, Vienna’s administrative structure separates youth welfare from youth work. This means that Vienna’s youth work can offer recreational activities, campaigns, events, open youth clubs and many more, all based on the principles of voluntary participation and anonymity. To ensure the protection of children, however, youth welfare is responsible for the enforcement of the youth welfare act. 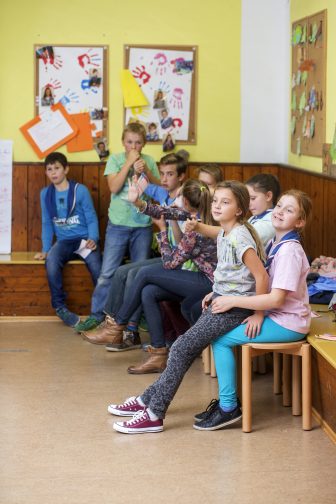 In those regions where both these functions must be performed by the same persons, not only is there a significantly lower number of low-threshold and free recreational activities available, but there is also an absence of anonymity and a significantly lower level of voluntary participation as a result of the prioritisation of interventions for the protection of children and young people.

Other large cities do not have such wide range of tasks as Vienna either. They often share the competencies for children and young people with other administrative bodies on a federal state, district, province, or national level. This results in a significant increase in the communication required. Such fragmentation of competencies and mutual blocking can sometimes cause children and youth work to come to a halt. This was clearly established during study visits to Canada, where youth care and youth work are divided between federal states, provinces, and communities, or to London, where such tasks are assumed by national, city, and district authorities.

Another advantage of Vienna is that a single party, the Social Democrats, have been running the city since the post-war years without interruption. As a result, projects, initiatives, and above all structures survive longer than a single legislative period. In many large cities, city governments change with each election period and experienced public servants in administration often must change posts. In an ideal scenario, this would breathe new life into the system. In political reality, though, this often means that newly elected governments try to push their own agenda and thus no longer support existing projects, organisations, and initiatives.

In Vienna, financial safety is relatively high, which allows for experimentation without risking proven recipes. But even in Vienna, resources are scarce and there is political pressure to increase the number of services offered, yet subsidies do not necessarily increase in the process. Although this does present a challenge, it still remains within acceptable limits compared to the drastic cuts in the area of open youth work seen on an international level.

For decades, it has been possible to have a relatively continuous development in youth work, something that Vienna is envied for around the world. Foreign delegations visiting Vienna are amazed to find out that the “Ferienspiel” (holiday games) and the “Grundkurs Jugendarbeit” (basic youth work course) programs have been in place for 40 years, that street work projects were launched as early as 1979 and are still active, that eleven centres with a social education focus already existed in 1977, and that the Vienna youth info service has been in operation for almost 30 years.

Vienna’s youth work is tightly linked to its urban policy. In Vancouver, for instance, the boards of the four largest non-profit organisations are made up exclusively of representatives of profit-oriented companies, banks, and insurances. The benefit of having members of Vienna’s provincial parliament sitting in the boards of Viennese social profit associations is that a larger number of decision makers are involved in and, ideally, even identify themselves with youth work. As a rule, political decision makers are aware of what youth work involves, which methods it employs, and why not all results are always and immediately quantitatively measurable. 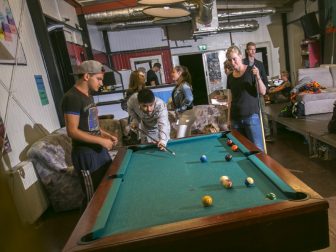 In several German cities, for instance, indoor and outdoor youth work are strictly separated, and they are often also administered separately. In other places, it is therefore not rare to see mobile youth work focus largely on addicted young people and to be financed by the health sector. In those places, youth recreation facilities are financed by the youth sector and are not encouraged to move into the public space.

Vienna almost exclusively operates youth facilities that are also active in the social space around the facility, and carry out outreach or mobile youth work. It is the explicit intention that Vienna’s youth work does not only take place for intervention purposes but also in the shape of animation, prevention, as well as play and fun in public space. In Vienna’s children and youth work, the freedom of movement in the social space is not only allowed, it is increasingly becoming an integral part of open youth work.

Austria, and hence Vienna does not (yet) offer any official training for youthworkers, such as that found in Great Britain, Australia, or Canada. A possible consequence of this is that Vienna’s youth work maintains only rudimentary links to youth (work) research carried out at universities. On the other hand, the city’s youth work community is well networked with that of other international cities. International youth activities in Vienna are coordinated and organized by the wienXtra-institut für freizeitpädagogik (ifp) in close cooperation with the Youth Section (Landesjugendreferat) of the Municipal Department 13.

Vienna’s children and youth work is publicised outside Vienna and Austria through the promotion and support of international exchange among experts. Visits abroad, invitation of foreign delegations, and other international activities provide new impulses for Vienna’s youth work, increasing awareness for innovations and new ideas, strengthening conscience of oneself and the others, and expanding the scope of action for Vienna’s children and youth work.

Vienna’s youth work continues to grow and develop, always ready to learn and improve. Yet its standards are already quite high with a growing international reputation; one that will surely only be enhanced by hosting Child in the City 2018!

Bettina Schwarzmayr is a district councillor and youth advisor in the Vienna district of Penzing. She has been involved with various international youth associations and served as a member of the Board of the European Youth Forum from 2005 to 2008. She has been working for the wienXtra-institut für freizeitpädagogik since 2010.