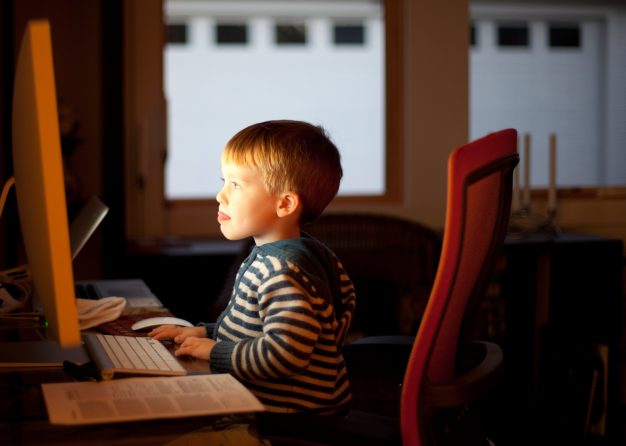 A group of leading authors, educationalists and child-development experts in the UK has called on the government to establish official guidelines on children’s screen time, and for society as a whole to give children more time and space for outdoor play.

A group of 40 leading academics and authors about childhood has highlighted the negative impact of the excessive use of smartphones, computers, game consoles and television on children’s physical and mental health. It calls for national government guidance on screen time for children and for them to be allowed more ‘self-directed outdoor play’.

National guidance on screen time is one of a series of measures outlined in a letter from the group published by the Guardian just before Christmas, which highlight what it describes as the increasingly ‘toxic’ nature of childhood. The letter, coordinated by the former headteacher and author of the book Toxic Childhood, Sue Palmer, is signed by 40 senior figures, including the author Philip Pullman, the former archbishop of Canterbury Rowan Williams, the psychotherapist Susie Orbach and the childcare expert Penelope Leach.

Echoing the calls of an All Party Parliamentary Group (APPG) last year, the letter urges the government to create a cabinet-level minister for children, with specific responsibility for auditing all government policies in order to assess their impact on children’s health and wellbeing.

It calls for the development of kindergarten-style education for three- to seven-year-olds, with emphasis on social and emotional development and outdoor play; and says guidelines on screen-based technology for children up to 12 should be drawn up by recognised authorities on child health and development.

A similar group, also coordinated by Palmer, wrote a comparable letter to the Daily Telegraph 10 years ago, expressing concern about the way it believed children’s health and wellbeing were being undermined by “the decline of outdoor play, increasingly screen-based lifestyles, a hyper-competitive schooling system and the unremitting commercialisation of childhood”.

The 2006 letter, which drew support from both government and opposition politicians at the time, came to be seen as one of the influences on government policy leading to the announcement of a national play strategy in 2007, an initiative later abandoned by the new coalition government in 2010 in the wake of the financial crisis. The APPG now supporting the call for a Cabinet Minister for Children has also called for a new national play strategy.