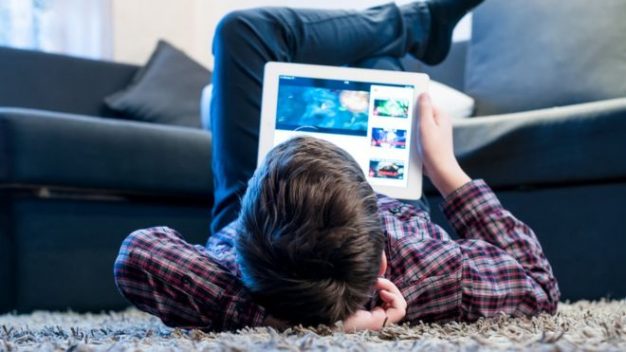 Scotland has been placed joint last in an international study of physical activity among children.

The research found that Scotland had one of the best environments and infrastructure for outdoor play among the 38 nations that took part. But it was ranked joint worst for exercise, and for the amount of time children spend in front of screens.

The study found parents were often reluctant to allow children to play outside. Competition from sedentary and screen-based activities was also a major factor: ‘Ideal conditions’. However, the Active Healthy Kids Report Card praised Scotland’s policies on encouraging physical activity, which were ranked joint second-highest of the 38 countries.

The Scottish government, which has questioned the report’s methodology, has pledged that every school pupil in Scotland will benefit from at least two hours per week of physical education in primary school, and two periods in S1 to S4. More than 800 primary schools across the country have also introduced the daily mile scheme, which sees pupils walk or run a mile every day in addition to PE classes. The report also found the availability of facilities such as gyms, leisure centres and parks in Scotland was high by international standards. It is the second time the study has been carried out – with this year’s results similar to those published in 2014.

The global study was led in Scotland by Prof John Reilly of Strathclyde University, who said Scotland still seemed to have a culture of low activity. He said: “Scotland has one of the world’s very best natural environments, facilities offering ideal conditions for physical activity and much has been done to develop policies which encourage children to take part. “A lack of freedom for children to play, combined with a wide range of sedentary alternatives, are a major barrier to children becoming more active.

In the case of Scotland, it could be said that we have built it but they have not come.” Prof Reilly said it was “completely understandable” that parents want to protect their children as much as they can. But he said giving children more freedom to play, especially outdoors, can help to build their confidence, autonomy and resilience. They can also learn to solve problems, develop skills and learn their limits. Prof Reilly added: “There are examples of this issue being dealt with in other nations. In Slovenia, for example, primary schools offer access to nearly 80 minutes of in-school, professionally-supported physical activity each day. “In Denmark, it is compulsory to receive 45 minutes of physical activity per school day.”