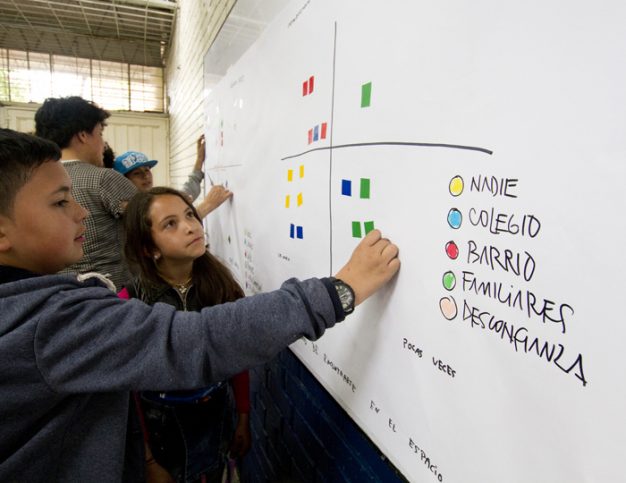 From the ground up: Shifting the lens of participation to young children

In Latin America, early work to explore this challenge began with the Criança Fala (“Child Speaks”) project of the consulting group, CriaCidade and the Bernard van Leer Foundation. Many children in São Paulo’s Vilinha neighbourhood were not able to go outside. At the time, the municipal housing authority of São Paulo projected that some 60,000 children lived in squatter settlements within this neighbourhood. Of these, 3 in 10 children did not attend school and did not go outside because of safety concerns (BvL 2016).

If you could see the city from the vantage point of 95 cm – the average height of a healthy 3 year-old – what would it look like? What would you change? This is the challenge posed by the Bernard van Leer Foundation for its Urban95 Initiative, launched in 2015, which seeks to identify strategies for urban planning and health innovations that are effective both for children and for city leadership.

In 2015, the Criança Fala project worked with more than 50 families, bringing books and toys and listening to family stories. Through a series of workshops, they also used paint to clearly designate child-safe spaces: creating bright alleyways and sidewalks and designating soccer fields and hopscotch courts. Children now say they feel safe to play on weekends and that other residents support their play. Police avoid crackdowns on these days. The work is having a catalytic effect, with other neighbourhoods seeking to pedestrianize their neighbourhoods and transform public spaces (BvL 2016). 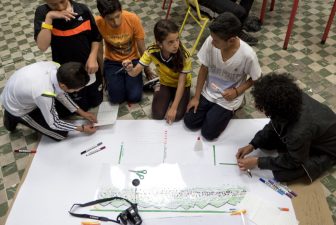 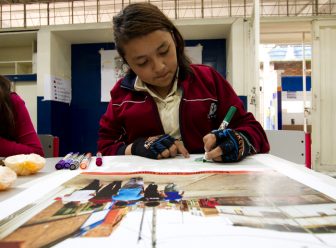 The work is now expanding into other cities of Latin America, including Recife, Brazil and Bogotá, Colombia. In recent months, Osa Menor and Lunárquicos, two arts education firms, based in Bogotá, supported a series of workshops with children from the Rafael Uribe Uribe neighbourhood in association with the Urban95 Initiative. Through a series of methods including neighbourhood walks, public space assessments and art, children described their current living conditions and how the city makes them feel. According to workshop facilitators Jorge Raedo and Fabiola Uribe, children said they loved their neighbourhood, but that they did not see many elements of the city that make them feel that they are a welcome part of it, that made them feel like citizens. Responding to these conditions, and feelings that the city is a place with pollution, no street lamps, and no one outside, they envisioned a different city – one with streetlights, trees, fruit, a bank, and where citizens would unite to catch a thief.

To further advance the Urban95 Initiative, the Bernard van Leer Foundation hosted a three-day workshop in Bogotá in October of 2016 to explore how city leaders, urban planners, architects, and policy makers might address three particular aspects of the city for children: i) transforming public space for children and families to play and gather; ii) creating safe paths for walking, cycling, and moving throughout the city; and iii) managing effective and affordable social services, including childcare and health. Participants explored ways to not only transform public spaces and create playful walking routes, but also how to achieve these in the context of some of the poorest neighbourhoods in Bogotá, São Paulo, and Recife. The hope is that children’s views can help shape the city to create opportunities and equality for all.