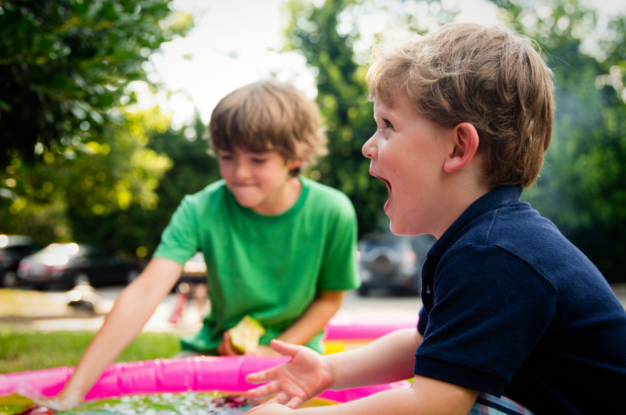 Putting play at the heart of London’s schools

The charity London Play has launched ‘The Playtime Project’ to ‘put play at the heart of London’s schools’. A pilot will run until May 2017, with a London-wide roll out planned later that year.

The Playtime Project’s aim is to respond to the mounting evidence that children learn better when they have regular opportunities to play, freely and unfettered during the school day. It is inspired by the Finnish primary education model, where play is seen as a tool for learning; the most appropriate predominant activity for primary school children (1).

There is growing concern in the UK play sector that, as free play provision is cut and most London children do not have independent access to green space, the school play area is becoming am increasingly important play space for many of them. London Play believes it is therefore essential that play in schools is not an after-thought, but a core part of the school offer, alongside children’s formal learning.

The pilot project will work with 5 schools in the London Boroughs of Waltham Forest and Enfield and produce materials for teachers, school governors, parents and children, encouraging active play in school, at home and in the community.

The project will include:

The last two elements dovetail with efforts by the Mayor of London and others to achieve cleaner air in the capital. This is an urgent element of the project and London Play will prioritize schools that exceed EU limits for nitrogen dioxide pollution according to the Mayor’s standards (2). Each participating class will get its own ‘Pablo’, a teddy bear in need of play that goes home for adventures each weekend with a different child. The adventures will be logged in Pablo’s diary and on returning to the class on Monday the pupil will tell the class what Pablo has been up to.

The Playtime Pilot will reach 1,000 pupils and 2,000 families in Enfield and Waltham Forest to promote the importance of play for children’s physical, mental and social development, thus encouraging happier, healthier and more productive adulthoods. It will lay the foundations for a three-year rollout across the whole of the London area.

The Playtime project will:

Why is the project needed?

Children’s ability to play in London is under attack, threatened by poor planning (especially new-build housing projects that side-line or ignore play) and choked by traffic. Freedom to play is stifled by fear and eroded by too much homework. Lack of play is a major factor in growing obesity among children (3). It has also been linked to growing anxiety and depression: 10% of 5-16-year-olds suffer diagnosable mental health disorders – around three in every class, nearly doubling between the 1980s and the 2000s (Nuffield Foundation, 2013).

The project resource pack will explain to pupils, teachers and parents, play’s vital role in combating these physical and mental deficits; the new school play standard will give all parties an aspirational benchmark; and the pilot will lay the groundwork for a programme to promote play across the capital.

(1) Finnish education is regularly in the top ten of the global rankings for schools, and topped the Programme for International Student Assessment rankings in 2000, 2003, and 2006.

(3) According to the 2016 London Poverty Profile, the proportion of obese 11-year-olds has risen in 23 of London’s 33 boroughs

That’s great news Adrian. Who is funding the project?

I’m not sure Tim, but I’ll find out. I took this from a London Play news release so Paul Hocker is our man.

Earth Day Canada has a very similar pilot running in Toronto Canada this year with the Toronto District School Board. Funded by the Lawson Foundation, and flying under the banner of Outdoor Play and Learning (in colloration with OPAL.U.K.) we are working with 6 schools to train them in play-work and “loose parts” for recess and lunch-hours. This includes changes to school policies in favour of the rights of the child. So far, the children and school staff are loving it!