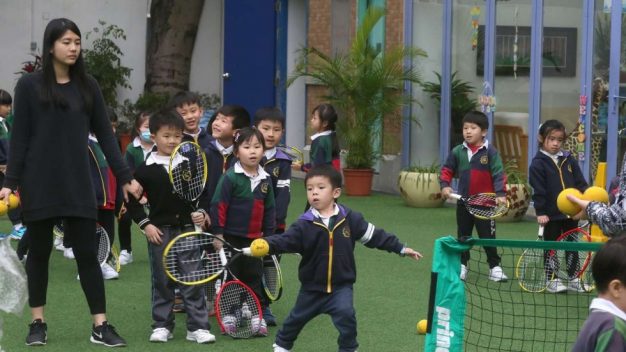 Report says 99 per cent which took part in study did not allocate enough playtime for schoolchildren, which can be detrimental to their reflexes in the long run.

A study has found that less than 1 per cent of kindergartens in Hong Kong provide enough time in the school day for children to play and exercise – which could lead to slower reflexes in the long term.

The study, conducted by the Physical Fitness Association of Hong Kong, China (PFA), examined more than 14,730 children from 89 kindergartens across the city.

The findings showed children in most half-day or full-day kindergartens get less than 60 minutes or 120 minutes a day respectively to exercise, a guideline established by the Nutrition and Physical Activity Self-Assessment for Child Care in America.

It also found that 19 per cent of the children in the study, who are aged between three and six, are underweight while 11 per cent are overweight. Another 3 per cent are categorised as clinically obese.

The PFA, which is looking to develop its own guidelines for local children in three years, reported that only one out of 62 schools has shown its students have enough exercise daily. The 62 schools have gone through all the research procedures, while researchers are awaiting responses from principals in the remaining 27 to complete the entire process.

Dr Joanne Chung, lead researcher from the Education University of Hong Kong, said that children’s balancing abilities and eye-hand coordination could be jeopardised by the lack of playtime. “Although children will not develop any visible conditions, they might have slower reflexes later on,” she said.

She added that less exercise also means less endorphins, a critical neurotransmitter to the brain, would be released.

Chung said children today are worse at walking on balance beams, an important measurement of their balancing abilities.

Chung said it is also important to control the amount of time children spend watching TV or with other electronic screens as it can reduce their time outdoors. But she said an outright ban would not be beneficialas these devices can also be helpful for learning.

The PFA said children tend to get 22 per cent less playing time when they are not in school as parents often underestimate the importance of their children’s need to play and stay active.

Tai Yuen-ting, a parent of a four-year-old daughter whose school was part of the study, said that PFA’s suggestion has made her more proactive in taking her daughter out to the playground. “Although it is hard to find playgrounds both indoors and outdoors, I will try to take my child out for at least an hour a day,” she said.