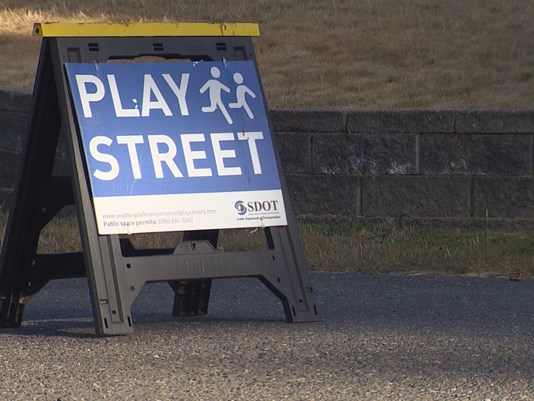 A unique program to encourage kids to play outside is really taking off in parts of Seattle.  It’s called “play streets” and it allows neighborhoods to turn away cars in favor of play time.

One block of Northwest 88th Street does it on Monday evenings.  Neighbors set up signs at both ends of the block and the kids take over the street.

“It’s really fun because all our friends can get together and play and have fun” 10-year-old Thorin Egerdahl explained.  Cars are kept away while these kids rule the roadway with everything from soccer to basketball.

“It’s allowed the kids to grow up in a safe are and let them kids” Parent Glenn Thomas explained.  So far hundreds of streets have obtained permits.

“It’s been great to block this off and teach how to ride a bike,” Grant Egerdahl said.  “It’s been well used all spring and summer long.”

Neighbors say the street is usually so busy it wouldn’t be safe to let the kids play out there.  Now, even when the signs aren’t up, they’ve noticed a drop in dangerous drivers.

“It’s actually cut down traffic cut through in our area quite a bit even when we don’t close down the street so it’s been advantageous for that too,” Thomas said.

The kids have used the time to do everything from making a movie to playing with squirt guns.  “My favorite thing to do is have water fights because we always beat the boys,” Gabriella Brookler explained.

This neighborhood does it a few times a week and it gets everyone outside talking.  It seems with no cars coming by, it’s easier for everyone to come together.  “Since we have all our friends here, we’re really lucky,” Haakon Egerdahl said.

More information about Play Streets can be found here. 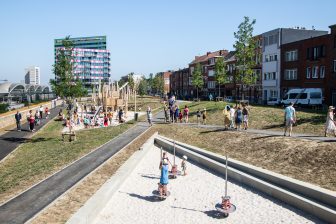