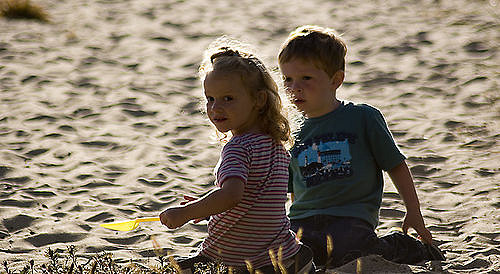 Childhood is actually a mirror… states may prepare glorious rituals, institutions may promote sensitive statements, nations may display power to hide their weaknesses, municipalities may even raise luxurious frontages to hide the seedily back yards, nations may pretend peace while they prepare war, but the way we and all they treat children tells us unmistakably what we, and all they, really are.

Children and poverty, thus, is much more than a crucial topic. It is in a fact a question of what kind of people we are, of the kind of world we would like our children to live in.

During the last thirty years cultural policy has become an increasingly significant component of the economic and social regeneration strategies in many European cities. The emergence of this reality has to do partly with the distinctions and declines of «the urban question» (Harloe and Lebas 1981) in the late 20th century and with the related realization that culture can play an important role in urban regeneration, promoting the community development, the democratisation of urban space and the revitalisation of public social and financial life.

Planning critics of the 90’s like Sennet (1990) and Klosterman (1985) questioned the logic of the neutral space as an ideological rationalisation that fails to recognise the material condition and the historical and political forces that formed it. Researchers like Ritzdorf (1996) and Fainstein (1996) pointed the sex differences in spatial use. And Harvey (1996), through critical analysis, argued that the most important social activity in space is the one which contributes to its own reproduction and thus to the reproduction of hierarchy.

Yet certain social-political determinism confined and ,in a great deal, set limits to the strategic choices (and) of cultural policy, not providing in many cases the possibility to the social excluded citizen like children and to the marginalised areas to play a more active role. Reproducing ,this way, the dominant model that cultural policy aimed to abolish.

In all approaches concerning children, child is dealt (or should be dealt) like a future citizen in the process of socialization and enrichment of his/her knowledges and feelings. At the same time child is a biological and psychological entity that needs certain principles to be used in the Environmental Structures.

For instance if child is not the object but the subject (a) then the scale of material elements (high, burden etc) should be on his/her standards. If mobilization is the quest because it can promote the entire personality (b) (sentiment, knowledge, critique, skills etc) then it requires a variety in pedagogical and architectural approaches. Thus the environment must offer possibilities of constant changes and flexibilities and not heavy lines and simplistic orders. If teaching should adapt in child nature and needs (c) then the environment should give potentials for exploration through group and individual activities. If the environment were child should act must be a virtual part of his/her evolution, (d) the architectural planning must combine nature and schooling (Roth, 1966). Since child is full of energy and fantasy (e) the planning should not be schematic. Thus any approach should enter new and different “centers of interest” in the structure (Germanos, 2002).

As a result the flexibility of space should be a prominent instrument in any approach.
Yet, the very first element of public spatial environment that drew the attention in relation with children was the one of schooling. Despite the fact schools consist basic unities for children lives in the cities we must examine if we can draw results for broader uses in city planning. Roth, a specialized in the pedagogical architecture, mentioned in 1966 that the “environment participates in the educational and socialization work”. He constructed a “charta” pointing how important is the child to find the feeling of liberty and homecoming in any environment.

The quest for a flexible planning became stronger in the 60s due to the new social movements. The “School of Parametric Planning” in the university of Ulm (Germany) is one of best examples of this quest. It was possibly the first effort for a systematic articulation of planning based on the interaction between psycho-social and sociological parameters that intervene in the human behavior. One of the most prominent approaches on this field was Ezra’ Ehrenkranz’s that used the roof for multiple uses. The School Constructing System Development (SCSD)

Other architectures like Moore or Alexander concentrated on the need to have a distinctive yet interactive personal area. According to Alexander if we demand a proper environment for the mobilization of children we should erase the causes of conflicts. But what causes the conflicts? Alexander tries to answer that using techniques from the dynamic of the groups and incorporating social psychology. We must examine first the tenses and their directions and then planning. Thus we speak about an environmental language with the human at its center. While Moore suggested a central area of interaction and around divided sectors of certain interest (University of Wisconsin, 194, Moore and Lackney L shape Dick, p. 218)

But children in the cities were not only pupils and school was not only addressed to a close community and soon new approaches were developed to connect the 2 edges (school and the city). In Germany in 1951 Scharoun saw school as a minor city, with classes like houses, with an inner road to connect each one of them and with a public space for each one. Each pupil moved from privacy to collectivity (group work), there was a unity of classes in each other level etc. The inner road, like ancient market in a way, led to interactivity and mobilization.

Another approach was to face space not as an environment that socio-cultural dynamics of adult society are expressed upon the world of children like in institutional schooling but as something that must be organized exclusively upon children.

Van Eyck, for instance, decided to organize and adapt the environment according to children’s characteristics. He developed 2 main approaches. According to the first we must search and develop relations of continuation between the a main building and other parts, pointing their functional possibilities. Each part had multiple meanings and roles both as an isolated element and as part of a totality.

According to the second approach was that of the “intermediate situations” in an environment articulated by a series of alternative actions, mobilizing children according to their needs and external stimulations.

What is of most interest is Van Eyk’s thesis, is that we should not think in a mechanistic way dealing with the relationship between children and the environment. A special element does not lead to a certain result. But what we should expect is that when a person ‘meets” an environment (thus we are talking about a worth meeting environment, able to create that sense of belonging and developing we refer in the beginning of the paper) then “something” will come up.
Another interesting approach concerning the adaptation of the environment in the world of child was Bonnivard’s. His intention was to create an environment coming from the world of child’s fantasy that will create the impression not only of the fairytale but will also give the possibility to the child to plan and construct his or her special corner and environment. His ultimate purchase was to offer to the child a variety of stimulations and to develop his/her creativity.

But the conversation about child planning his or her environment led to the next step. To the efforts/researches were children themselves planned their environment indeed. We should mention 2 case-studies. One of them is the research of Boris and Hirschler in Crouy-sur-Ourq. They addressed into children between the ages of 8 to 13th and they used a light material, that “children architectures’ could use. In one of the cases children created an elliptic scheme that remind us of a “bean“. And another area were the board of children could have meetings in the scheme of a “bubble“. What was interesting is the use of lights and windows. They should be accessible but not real close to distract or make them objects for passerbys. We can see in that choice that children when have a say they are encouraged and mobilized to make mature choices, and that this inner mobilization leads into an external one, using material elements (like windows in this case) as a criterion of move and free choice, while respecting their most important as we see privacy. In the period of the 10 days that this environment lasted the interactivity and the acknowledgment were high.

The second of the cases happened in Ardentes, in a small agricultural school. Their children divided the class in two main sectors. The class for learning and interacting and the house where we can isolate ourselves. Class had around 4 alternative spaces. “Dancing room’ hospital, (not only for injured but for upset pupils too to calm down alone) laboratory and dressing room. The house had private places too, like the room of the secrets, or cinema etc. This lasted 3 months and the results in mobilization and engagement were impressive according to the researchers.

Having exploring parts and a few examples of that quest, we must point that the key-issue is to create a city that will promote social inclusion not just of children, but of the different children (in culture, in capabilities, in class, in gender, etc). Thus the importance of multicultural elements through which the various segments of population could identify themselves, and feel that sense of belonging and welcoming should be promoted mirroring our own personal and social values, like childhood itself.