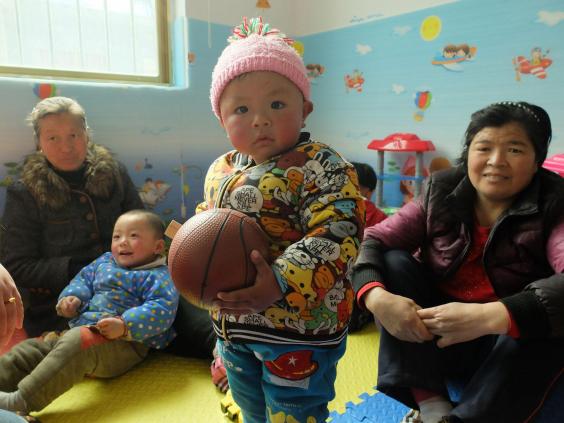 Mr Li, 34, is employed by the once-despised Family Planning Commission: the enforcers of China’s single-child policy, which came to an end this year. Reports of apparent forced abortions, huge fines for families who have more than one child and snooping on people’s sex lives made the one-million strong workforce at best unpopular, and at worst terror-inducing.

“If I discovered a woman pregnant with a second child, I’d report her,” he says. “Then she would get the policy explained, and if she didn’t listen, punishment.”

Around 8 percent of rural children in China take college entrance exams, compared to 70 per cent of urban children

The single-child policy has been scrapped, as China’s government aims to lower the average age of the country’s rapidly ageing workforce. Mr Li has been retrained and works as a child-nurturing trainer with the Rural Education Action Programme (Reap) – a pilot scheme that began in 2013 and aims to close the immense gap in educational achievement between rural and urban children.

Around 8 per cent of rural children in China take college entrance exams, compared with 70 per cent of urban children. Reap officials believe this is due to a woeful lack of mental stimulation for rural youngsters between birth and the age of three. They say this is the crucial period for neurons to connect in the brain and set a path for a child’s mental ability later in life. “Around 92 per cent of neurons will have completed connecting by the age of three,” says Professor Shi Yaojiang, who heads Reap at the Centre for Experimental Economics in Education at Xi’an city’s Shaanxi Normal University. “This period is critical for early development. If parents don’t nurture their child’s brains during this time, then mental ability cannot be maintained. If you miss it, it’s irreversible.” 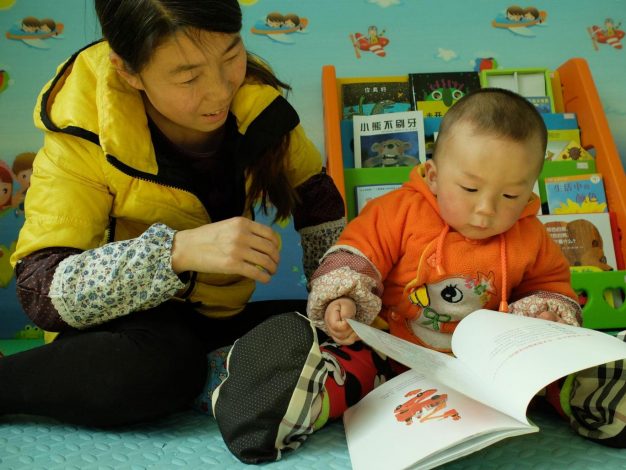 In the early days of Reap, Professor Shi declared that rural families know more about raising pigs than children. “I was justified in saying this – we did tests about animal and child-raising knowledge and found that it was true,” he claims. “Traditionally, children in the countryside are beaten and scolded to make them obedient,” says Mr Li. “Even if young parents here know that’s wrong, it’s hard to make grandparents change their ways. Nobody has taught them before and some can’t even speak Mandarin, just dialects. I tell them that even if they can just read out the names of characters in a book to the child, that helps.”

To combat all this, Reap, which was set up in conjunction with Stanford University in California, has founded seven education centres in China’s centrally located Shaanxi province. Caregivers bring toddlers there for weekly play and learning sessions with trainers such as Mr Li, and can use the facilities all week.

The sessions are meticulously planned, offering age-appropriate toys and materials to stimulate motion, cognitive skills, language and social abilities. They are all designed to help ensure a child’s crucial mental development. “We don’t have toys at home, and my granddaughter just used to rip up books,” says Chen Huafen, a grandmother who comes to the centre with her grandchild. My granddaughter’s parents work away in Xi’an, so I take care of her,” Ms Chen adds. “At first I told them I didn’t know how to nurture a child, so they said: ‘Go to the education centre.’ Everything is good here. At home my granddaughter would just play in the dirt.”

The four-room education centre is a burst of life and colour in the sparse village, the streets of which are deathly quiet due to most residents working away in fields, or as migrant workers. Dust swirls over the village’s knobbly dirt roads as mangy dogs chew sheep skulls next to unmarked bus stops. Xi’an, Shaanxi province’s capital city, is a two-hour drive away through picturesque mountain terrain….Read More [+]