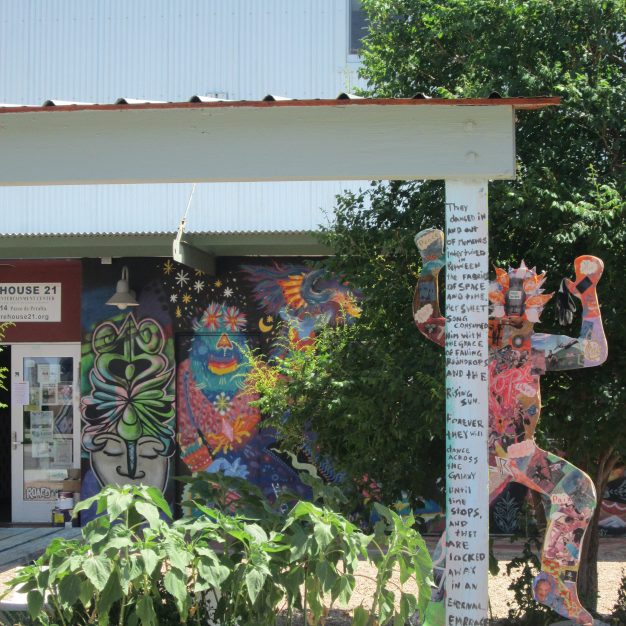 Integrating Teens and the Arts into Public Space

On a hot, summer day in the high desert city of Santa Fe, teens stroll along the edge of railyard ties. They trace the outlines of newly painted graffiti art, and enter a space clearly designed for them. Warehouse 21 in Santa Fe, New Mexico, was founded as an alternative arts space for youth to explore music, media, and visual arts (Warehouse 21 2016). Warehouse 21 is set at the edge of the Santa Fe Railyard, a public space development that merges and mixes public and private space in a variety of ways.

The Railyard began as a redevelopment of an historic district when the functioning railyard was renovated to accommodate a commuter train between the cities of Albuquerque and Santa Fe. But the mission of the development was much broader, seeking to create a “sustainable and inviting public space . . . that embraces Santa Fe’s cultural and historical significance” (SFRCC 2016a). The Railyard contains a commercial district, with shops, restaurants, a cinema, and a biweekly farmers’ market, as well as a variety of arts spaces, including a performance center, clay studio, museums and galleries. Included in the redevelopment is a landscape that celebrates the railyard history, and creates a variety of play spaces for children, families, and community gathering spaces that demonstrate sustainability and promote the community’s artistic and environmental values (Railyard Park Conservancy 2016).

An interesting model for integrating teens into the public space, through inclusive design and the prominence of art

Warehouse 21 is an important tenant, established prior to the Railyard redevelopment, but welcomed and celebrated within it. The teen arts center is a “nationally acclaimed center for youth entertainment, entrepreneurial opportunities and artistic production.” Since its founding in 1997, more than 25,000 youth, ages 12 to 21, have participated in its programs from a wide range of socioeconomic and cultural backgrounds (SFRCCb 2016). When the Railyard was undergoing its redevelopment, Warehouse 21 also had a facelift, so that its design is now an integrated part of the public space. It also has embraced the threshold between public and private, with an ever-changing garden space, where dumpsters and planters are fair game for artistic expressions. The garden also houses a permanent memorial for four teens who died in a car accident in 2009: a heart with wings that reads “people die, love doesn’t.” 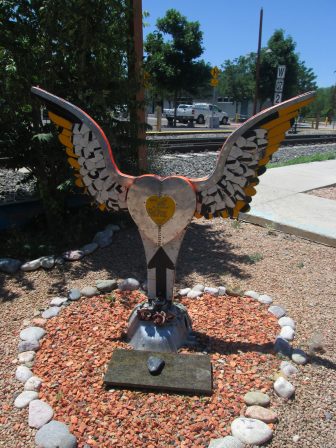 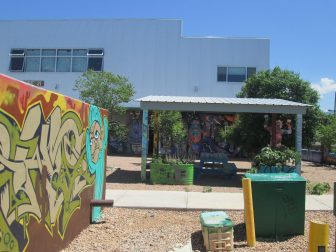 While some of the businesses have come and gone, Warehouse 21 remains strong, reflecting both the importance of its mission as well as its location. The integration of Warehouse 21 into the Railyard is effective because it promotes mixing and complexity. Public spaces, such as the park, playground, and community gathering space are designed as gathering spaces and protected as open space with active stewardship programs (Railyard Park Conservancy 2016). Private spaces, such as Warehouse 21, the Performance Center which features well-attended African dance lessons, and a farmer’s market that accepts food assistance, help to blur the distinctions between public and private among diverse ages, ethnicities and economic groups. 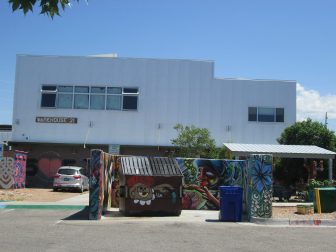 Teens consistently express the desire for integration of places where they can gather, feel welcome and invited, but still be in the public realm (Derr and Kovács 2015, Derr and Tarantini 2016). In this way, the Railyard provides an interesting model for integrating teens into the public space, through inclusive design and the prominence of art.

Derr, V. and Tarantini, E., 2016. ‘Because we are all people’: outcomes and reflections from young people’s participation in the planning and design of child-friendly public spaces. Local Environment: International Journal of Justice and Sustainability.

Derr, V. and Kovács, I., 2015. How participatory processes impact children and contribute to planning: a case study of neighbourhood design from Boulder, Colorado, USA. Journal of Urbanism: International Research on Placemaking and Urban Sustainability.