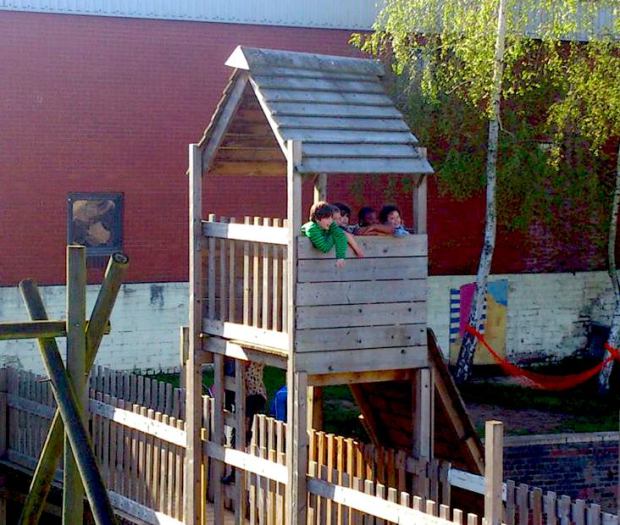 Playwork is an essential component of adventure playgrounds, a form of staffed provision renowned the world over as offering children the best opportunities to play within a dedicated, managed setting. Most adventure playgrounds are situated in areas of high density, limited open space, multiple deprivation, or a combination of all three. They offer children who are often otherwise seriously disadvantaged, enriched play opportunities within a safe, stimulating environment and an empowering, supportive community.

On-going austerity, cuts to public services and the generally unprotected nature of play provision is nevertheless leading to the closure of many of Britain’s existing adventure playgrounds. This article sets out some of the reasons why such action is bad policy, bad economics and bad for children and families; why retaining adventure playgrounds is a good use of public resources.

1. A false economy in the short-term

Some local authorities are replacing them with fixed equipment playgrounds to the tune of up to £600,000 per playground in order to make savings in staff and running costs of less than £80,000 p.a. But fixed equipment playgrounds require regular maintenance, safety inspections, repairs and upgrading – even without the vandalism and misuse to which they are often subject (especially where they have replaced much loved staffed playgrounds). All of these costs come from council budgets, whereas the equivalent costs on staffed adventure playgrounds are minimal or covered by additional fundraising.

2. A false economy in the long-term

In the long-term, the social impact of adventure playgrounds – on children’s future life chances as well as on the opportunities for staff and volunteers in the community – has been found to deliver economic benefits to the degree that ‘every £1 invested in an adventure playground generates an estimated £1.32 in social benefits’ over a 20-year period, and every £1 invested in qualified playwork staff generates an estimated £200 in social benefits over the same period. As the research states, ‘stopping investment in adventure playgrounds … with qualified personnel would result in more costs than are saved’ (Matrix, 2010).

3. Adventure playgrounds have an important role in the lives of local children, their families and communities

Most adventure playgrounds are unique, the only such facilities in their area. They are free at the point of access and open when families most need them, offering invaluable opportunities to children and young people otherwise deprived of safe places to play. But they are not just places to play: because they are staffed, they are also self-contained communities, places of social safety and support; important resources not only for children but also for their hard-pressed families and communities (Beunderman, 2010).

4. Space for children to play is vital for their health

Recent research (Gill, 2014) has found empirical evidence that ‘play initiatives lead to improvements in children’s physical and mental health and well-being, and are linked to a range of other cognitive and social developmental benefits … Supervised out-of-school (play) provision’ in particular is ‘linked to increases in levels of physical activity and in children’s levels of well-being’.

It has been established since the introduction of the Every Child Matters policy framework in 2003-4 that enjoying informal play and recreation has a vital role in supporting children’s development, enhancing their learning, improving their physical fitness and cultivating the all-important resilience and adaptability that leads to improved outcomes.

Because they are generally situated in areas of high deprivation and used by children potentially at most risk, adventure playgrounds contribute significantly to local authorities plans to meet their responsibilities for vulnerable children and families: ensuring they are healthy and safe; narrowing the gap between those children who do well and those who need extra support to thrive; and supporting their improved resilience (Lester and Russell, 2008).

6. Responsibilities to children under national legislation

The Children Act, 2004, places a duty on local authorities in England to ‘make arrangements … with a view to improving the well-being of children in the authority’s area so far as relating to physical and mental health and emotional well-being; protection from harm and neglect; education, training and recreation; the contribution made by them to society; and their social and economic well-being’. This duty has been specifically interpreted by Parliament to include adequate provision for children’s informal play and recreation out of school.

All Party Parliamentary Group (APPG) on a Fit and Healthy Childhood, London, 2014, Healthy Patterns For Healthy Families: Removing The Hurdles To A Healthy Family, London: APPG.

Committee on the Rights of the Child, 2016, Concluding observations on the fifth periodic report of the United Kingdom of Great Britain and Northern Ireland. Geneva: CRC.