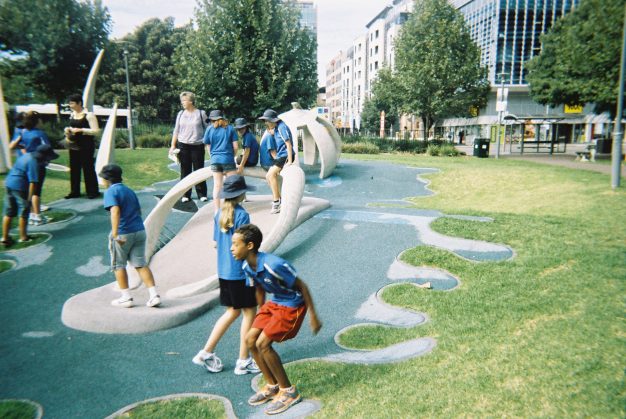 The use of public space by children and young people (children) continues to inspire debate. Passionate proponents for children have argued for their rights to access public space, yet negative depictions and discourses of their perceived misuse of public space or antisocial behaviour tend to shape how society perceives them.

A Citizen’s Jury was formed in South Australia to consider the question: ‘How can we ensure we have a vibrant and safe Adelaide nightlife?’

When it became apparent that people under 18 years-old would not be involved, the Council for the Care of Children (Council) and the Youth Affairs Council of South Australia (YACSA) decided that children had a right to be consulted in connection with their use of, and access to, public space, now and into the future.

To capture children’s thoughts, opinions and ideas, the Council and YACSA decided to run a parallel online Young Citizen’s Jury. We designed a 10-question survey and distributed it via surveymonkey.com. The survey was marketed via Twitter and Facebook and was open to primary and high school-aged children.

Children had quite a bit to say about what would make Adelaide a safer and more vibrant place to visit. Some of their opinions were similar to those expressed by the adults involved in the Citizen’s Jury, but many of their thoughts and ideas were quite different.

Children consistently highlighted the following as important in them in feeling safe in public areas:

The overarching theme of the Young Citizen’s Jury survey was that children felt excluded from most entertainment and socialising options in public spaces, as most venues and events targeted adults. Children wanted more events that cater to them, their needs and the ways in which they use public space. They wanted more and safer meeting places to socialise and have fun.

Author: Magdelena Madden from the Council for the Care of Children