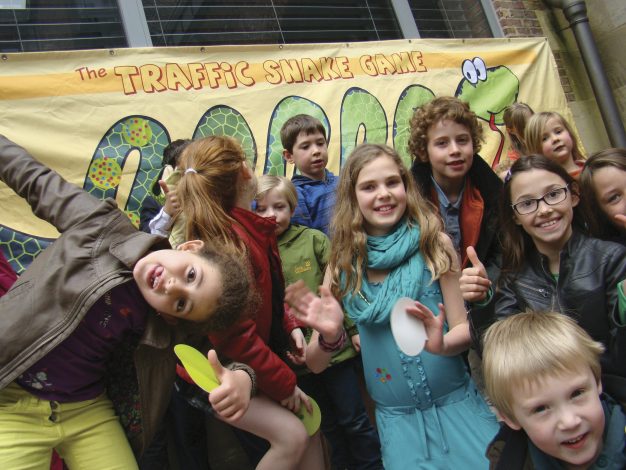 There is a drastic decline in children’s independent mobility, due to an increasing number of parents driving their children to and from school. We have come to the point where parents and even schools refuse to allow children to walk or cycle to school, because it’s deemed unsafe. Thus, many children are losing out on a daily opportunity for play, exercise, fresh air, social interaction and a big contributor to their growing independence.

Many cities realise that cars used for school-related travel contribute to various environmental and health problems. Cities are looking for sustainable strategies to counter the ‘backseat generation’ effect, but how? Changing the build environment would solve a lot of issues. However, changing mind-sets is also needed.

The Traffic Snake Game aims to break the vicious circle in practice. This campaign delivers good results by offering a fun and effective game to promote walking and cycling to school. It is a tool that has been developed through monitoring and evaluation, to create a more child-friendly city by focusing on children’s mobility. 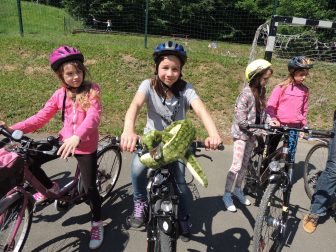 The origins of the Traffic Snake Game Network were in a small campaign, many years ago, by a handful of schools in Flanders, Belgium. Today the campaign reaches around 1,000 schools per year, involving 150,000 families and 200,000 children in Flanders alone. The game itself was established in 2014 to spread this good practice across Europe. The network’s foremost purpose is to implement the campaign, extend its impact and share results and experiences among participants.

In the 2014-15 school-year, the campaign took place for the first time in 18 countries, with 48,383 pupils and 325 schools playing the game in 169 European cities. The average proportion of sustainable school journeys within these cities rose from 62% beforehand, to 82% during the campaign, representing a reduction of 765,361 in car-kilometres. The school year 2015-16 is still on-going. 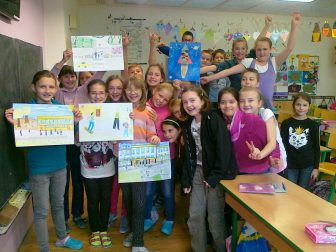 The Traffic Snake Game hopes to inspire more children and their parents, schools and cities in the coming years. We believe allowing children to walk and cycle is central to the vision of a child friendly city. The campaign is very adaptable, easy to apply to local policy and practice. It’s accepted as a fun and easy game, promoting walking and cycling. Yet at the same time it is a Trojan Horse: it provides the perfect opportunity to implement travel focused policy measures with a long-term impact. As such, a policy and practice of helping children to cycle and walk more, becomes a lever to change their environment into a place that stimulates autonomous mobility: first in minds, than in practice.

Interested in hearing more on Traffic Snake Game from Raf Canters? Join us at the Child in the City Conference in Ghent, Belgium on the 7-9th November!