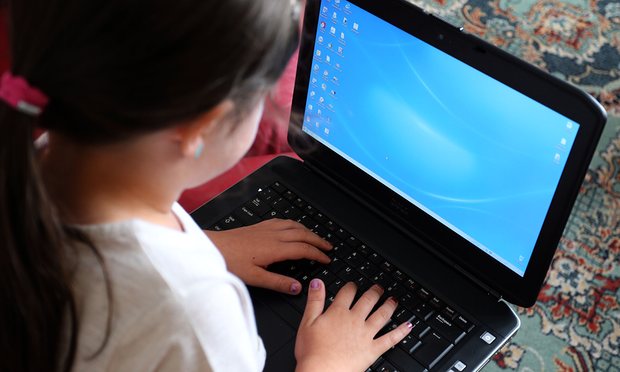 A leading children’s rights campaigner has labelled technology companies “insidious” for putting freedom of expression above the need to protect young people from abuse online.

Beeban Kidron, a film-maker and member of the House of Lords, said it was scandalous that the rights of children, enshrined in the UN Convention on the Rights of the Child, were not protected online.

“It is about designing technology to deliver in principle and practice. It seems to me scandalous that the [UN Convention on the Rights of the Child] is not understood to be applicable online … or that our schools don’t have a statutory duty to teach relationship sex education … particularly comprehensive information about what goes on online.

“Our responsibility for the rights of children applies irrespective of the technology they are using, and it is insidious of industry to take a freedom of expression defence while they are institutionally exploiting children.”

Lady Kidron was speaking at the How Safe Are Our Children? conference organised by the NSPCC, after new figures displaying the scale of the use of the internet to commit sexual crimes against young people were revealed.

The figures, obtained by the NSPCC, show that more than 3,000 child sexual offences in the past year were facilitated or carried out on the internet. The data was collated for the first time after police across England and Wales were forced to add “cyber flags” to sexual offences against children in which the internet was used.

Out of 44 police forces, 38 responded to a freedom of information request that revealed 3,186 recorded sexual crimes against children in which the internet was used as a gateway. These included more than 100 rapes, and crimes including grooming, live streaming of abuse and child sexual exploitation.

Most victims of the offences were 13 years old, but 272 children under 10 and a one-year-old were involved in the crimes, which took place in 2015-16.

The data on the use of the internet in sex crimes against young people comes as the number of child sexual offences reported to police in the UK continues to rise. In 2014-15 it reached 47,008, the highest number in a decade. [+] Read More…

Author: Sandra Saville from The Guardian

Tags: NSPCC, UN Convention on the Rights of the Child
E-mailFacebookTwitterLinkedInWhatsApp