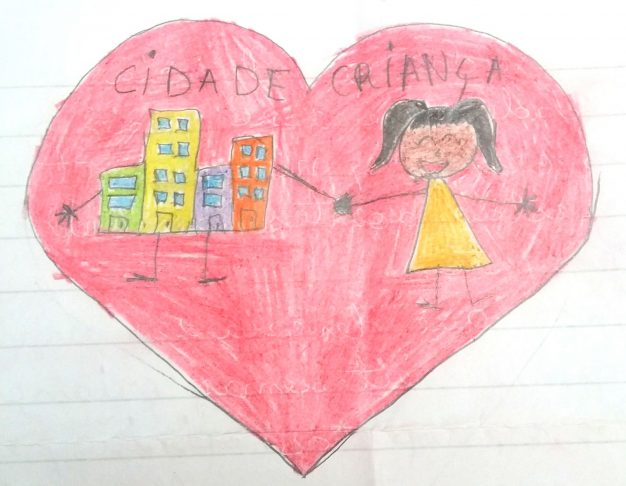 Letters from children provide insights into the child friendly city

Children’s letters on what they find to be a child-friendly city can guide urban planning and enhance a spatially oriented understanding of children and politics.

The child’s right to participation suggests encompassing children’s views as a legitimate basis for urban planning. Considering participation and urban child-friendliness, how is it that we can nudge urban design towards the child friendly city (CFC) approach?

In an on-going study, 11-year-old children in Recife (Brazil) wrote a letter about what they consider a CFC to be. We assessed children’s responses according to environmental child-friendliness dimensions. Letters embody their message and seem to convey a political sensibility and need to communicate, as each child addresses his or her letter to whom they think is responsible for the city:

Children are differently positioned agents, revealing the complexity of their current urban experience and specificities of their unique perception. Parents, friends, other adults and institutions are implicated in their concerns about city problems. Vinny, for instance, writes that “a CFC is a city that still demonstrates what the child learned at school, like not throwing rubbish in the street, something people start to do when they get older”.

In Leonardo’s letter to his mother, Lucy, he writes, “a CFC is a city that needs people like you (nice, polite, respectful and loving). We need to launch a campaign ‘More Lucy in the city’. Then maybe this might help our Recife become a CFC!”

Children complain of violence, corruption, inflation, prejudice, pollution, traffic, and blaming different actors for these problems. They demand health, housing, and quality education for all, as well as honesty from government, and the adult population in general.

“Sometimes I stop and wonder how is it possible for such a beautiful city to have so much violence. There are people that don’t even leave their home because of fear” (Leticia).

Some want to be able to eat plenty of ice cream and buy stuff, but also want to be taken seriously. Miriam thinks that a CFC should be a “city where people don’t drink-and-drive and don’t get enraged when their football team loses a match, where there are no homeless people, and private schools aren’t better than public schools”.

Children wish to play outdoors in a safe, clean and pleasant environment. They portray a CFC as an environment where they can play in the street without worrying about traffic or violence; in this ideal city, with less cars, children can “play in the street instead of just using the computer or smartphone” (Arthur).

As well as contributing to our knowledge of the political contexts in which children’s daily lives are embedded, this research approach can also promote new educational experiences and convey a more critical understanding of urban planning.

Interested in hearing more about this research? Join us at the Child in the City Conference in Ghent, Belgium on the 7-9th November!

Assistant Professor at the state owned University of Pernambuco (UPE, Brazil) and PhD candidate in Management at the Federal University of Pernambuco (UFPE) under the supervision of Prof. Sérgio C. Benício de Mello. I’m currently studying public policies related to children’s mobility and urban experiences at the global south metropolis, in the Urban Studies and Politics of Mobility Research Group (MOBIS/UFPE). I hold a Master Degree in Management and Diploma in Public Management. Prior to lecturing, I worked at Recife’s City Hall in local community development projects. My current research interests include public policies related to contemporary urban childhood, child friendly city discursive practices and children’s right to the city.