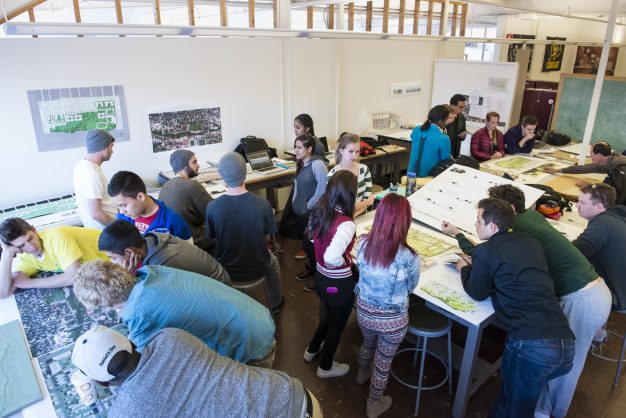 Participatory Budgeting addresses inequality by expanding and strengthening citizen participation in the allocation of public resources. It is an “attractive and politically malleable device” that simplifies the procedures of democracy and decision-making and increases transparency (Ganuza and Baiocchi 2012). Beginning in Porto Alegre, Brazil, in 1989, and spreading to more than 1,500 cities worldwide, the process has been called “the greatest wave of democracy” (New York City Council 2016).

The World Bank and United Nations Development Programme have each recommended Participatory Budgeting (PB) as a cure for many of the pitfalls of neoliberal democracy and political disaffection (Goldfrank 2012). Anyone can participate in this process, which allocates discretionary funds to a participatory decision-making process at neighborhood or municipal levels.

Whilst PB has spread to thousands of cities worldwide, it has not proliferated as rapidly for youth, as it has for adult electorates. Children and young people have sometimes been included either through youth-specific programmes, as in the cities of Boston and Seattle, or by reducing age limits for participation in a municipal PB process, as in New York City. Boston and Seattle are the only two cities in the United States that have specific youth-focused programmes.

Through the programme, youth “change agents” volunteer to develop ideas for capital projects that will bring long-term improvements to the city and make it a better place for young people to live. The change agents are then responsible, with some guidance, for not only conceptualizing projects, but also creating budgets and proposals, which they then vote on annually. Examples of projects that have been supported through this process include a playground and picnic area upgrade, art walls, chrome-books for high schools, a skate park feasibility study, and security cameras at parks (PBP 2016). As in other cities’ PB processes, many of Boston’s youth-led projects focus on recreation and safety. Other cities that practice participatory budgeting incorporate a wide spectrum of projects, from parks and recreation to health initiatives, community gardens, and public housing or street improvements.

Boston’s programme also surveys participants at the end of each cycle. In the 2015 survey, young people identified increased civic awareness and skill-building among the benefits of participation. Youth from this survey also identified increased motivation for action and feelings of empowerment as important benefits (Grillos, 2014). Motivation and empowerment for action are among the most important variables for fostering a sense of inclusion among young people (Delgado 2016). The results of Boston’s program thus provide a valuable precedent for other cities to empower young people through participatory budgeting.

Ganuza, Ernesto and Bianpaolo Baiocchi. 2012. “The Power of Ambiguity: How Participatory Budgeting Travels the Globe.” Journal of Public Deliberation 8(2):8.

Goldfrank. Benjamin. 2012. “The World Bank and the Globalization of Participatory Budgeting.” Journal of Public Deliberation 8(2):7.