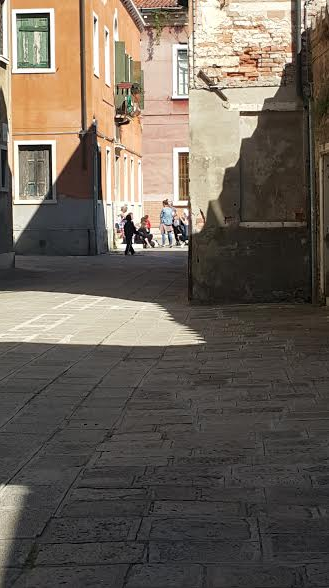 The disastrous humanitarian impact of wars and conflicts have acquired global attention for decades. Since early 2011, the Syrian crisis represents the biggest leap in the number of people forcibly displaced, with figures reaching up to 4,812,993. Most alarmingly, more than 50% of Syrian Refugees are children. (March 2016, UNHCR).

Under the pressure of the on-going, five-year conflict, the unprecedented and protracted influx into Syria’s neighbouring countries continues to jeopardise the environmental, social and economic capacity of hosting communities and local governments in the Middle East and Europe. According to the World Bank Group’s 2016 report, the Syrian youth refugee population represents 81% of the total population under the age of 35, and comprises a higher share of 20% of children aged 0- 4 (The Welfare of Syrian Refugees: Evidence from Jordan and Lebanon, CMI, 2016). Figures from Europe also indicate that 26,000 unaccompanied children entered the EU, with an average of over 18,000 children seeking asylum every month from January – July alone (UNICEF, 2015).

Despite obvious differences in displaced population burden-sharing among host countries, this study examines the question of the integration of resettled refugee children, how to rehabilitate war-affected children, and how to make the experience of being young in resettlement camps less damaging. The regional overview of this abstract aims at highlighting the impact of public place-making in stimulating displaced young people’s civic engagement and social integration, whilst broadening and strengthening the multi-faceted rights of refugees and migrant children and young people to live, play and learn.

As cities increasingly become the sites of multiple cultures and undergo new rounds of regeneration and social cohesion, young people in conflict zones are often being socially confined, communally marginalized, and deprived of access to basic public services, education and leisure facilities. Taking into account the severe psychological trauma they have experienced, social cohesion can be identified as a necessity in such culturally diverse neighbourhoods. Innovative approaches for creating inclusive public space become critical, and young people play an important role in promoting informal social ties that enhance social cohesion among migrants and hosting communities.

Creating synergies between urban planning, cultural diversity and social cohesion will bridge the gap between physical and social dimensions of cultural expression. By understanding “young people’s rights to recreate play spaces and reimagine borders”, the key concepts of the UNHCR Policy on Refugee Children will be adopted, to accommodate young people’s needs and capacities during an emergency, forming proposals to create a cultural platform for social cohesion through city planning (Wood et al, 2015).

Reflections from the Middle East and Europe will underline good practices and challenges, assess the current conditions, and analyse child-friendly place-making opportunities. This multidisciplinary approach will illustrate examples from various contexts, drawing from the 2013 study developed by the European Parliament’s Directorate General for Internal Policies for Citizens Rights and Constitutional Affairs, towards global policy recommendations and an urban development framework for young refugees’ integration and resettlement.

Interested in hearing more on Nuha’s research? Join us at the Child in the City Conference in Ghent, Belgium on the 7-9th November!