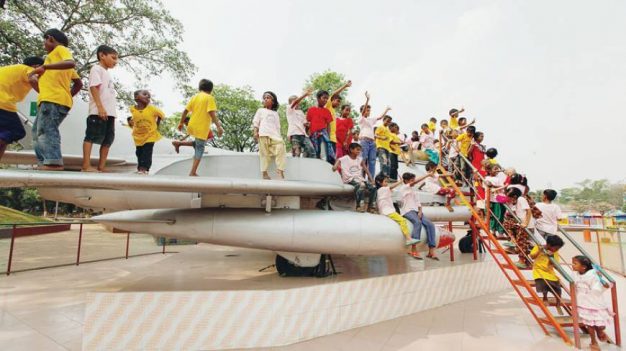 Dhaka’s mayors need to do more to live up to their promise of reviving the capital’s parks and playgrounds.

A year on from their election, Bangla Tribune’s opinion survey found most respondents across the city saying that Dhaka is still not a child-friendly city.

Well over half the people surveyed, 55% in Dhaka North and 61% in Dhaka South said there were no nearby playgrounds for children. Even worse, where people do have access to existing playgrounds, over half of all respondents say they are not suitable for children to play in.

The mayors must make it a top priority for the city corporations to end the institutionalised neglect which has left most playgrounds and parks in dire need of renovation and improvement.

All residents of the capital suffer from the general scarcity of civic spaces for rest and recreation.

It is particularly harmful for the city’s children, who are left without sufficient usable spaces for safe outdoor play and sport.

The mayors should bring together local schools and neighbourhood associations to work with the city corporations and police to safeguard and protect existing parks and play areas. This need not cost a lot of money, but needs the leadership and organisation that directly elected mayors can provide to ensure accountability.

A high profile campaign to bring local people together to renovate playgrounds and green areas will both help make them more popular and safe and also help ensure they are properly maintained in future.[+] Read More