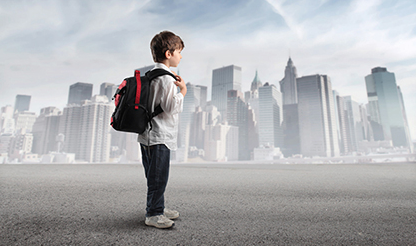 A new study found that crime and a lack of neighborly trust can lead to greater rates of psychotic symptoms in children.

The study—which was led by Candice Odgers, associate professor of psychology and neuroscience and public policy, and Helen Fisher, senior lecturer at King’s College London—was the first to specifically determine how urban environments and psychosis are associated. Previous research merely established the connection. The study found that low social cohesion and crime victimization together explained almost a quarter of the reason 12-year-old children who lived in urban areas at age five experienced psychotic symptoms.

“What we wanted to do was look inside communities and see what are the specific things … that might explain why children growing up in poor neighborhoods or urban neighborhoods show worse health outcomes,” Odgers said.

The study was conducted on 2,232 British twin children from birth to age 12. While 4.4 percent of non-urban 12-year-olds experienced at least one definite psychotic symptom, nearly twice as many urban children did—7.4 percent. Symptoms of psychosis are associated with other mental illnesses such as schizophrenia, substance abuse, depression, post-traumatic stress disorder and suicidal behavior, although early symptoms of psychosis are usually temporary.

Specifically, the study examined the social processes of social cohesion, social control, neighborhood disorder and crime victimization within neighborhoods. In addition to finding that lower social cohesion and higher victimization were associated with psychotic symptoms, the study found that high neighborhood disorder—the degree to which problems like noisy neighbors, vandalism and graffiti affect a neighborhood—and low social control—the degree to which community members will take action against undesirable activities—were also connected with psychotic symptoms.

Odgers noted the study’s possible implications for clinicians, who often only think of the the family as connected to a child with psychosis.

“This study suggests that we might want to think more broadly, thinking about the networks of support that might exist on the neighborhood level,” said Odgers.

Similarly, Odgers suggested that the social processes identified in her study may be more valuable targets for policy intervention than structural problems like poverty.[+] Read More

Author: Grace Mok from The Chronicle

Photo Credit: Photo from The Chronicle