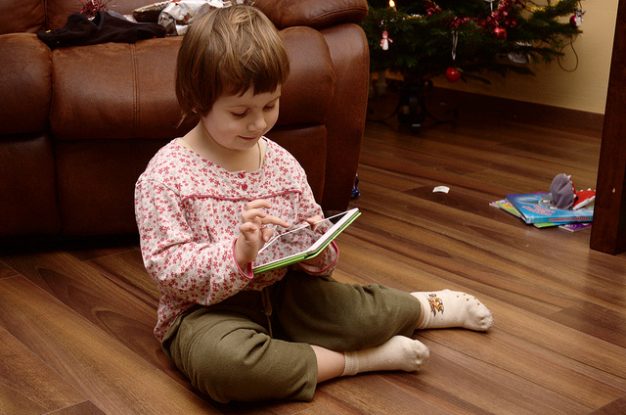 Most kids start using tablets by the age of two and get a smartphone when they are seven, a survey has found.

More than half of parents admitted they made the wrong decision and, shockingly, over a third said their kids never read a book or go outside to play.

The poll showed the average age a child starts using iPads or other tablets is two years and one month – suggesting many get their hands on them even earlier. Three-quarters own a tablet by the age of 10.

The average age children own a phone is seven and nine months. Almost half of parents admitted giving kids a mobile even though they didn’t feel their child was old enough. They gave in to “pester power”, believing it wouldn’t be fair for their kids to be without a smartphone when so many other children had one. When families were asked why they had given gadgets to children at such a young age, 58 per cent said they used them to keep babies and toddlers entertained.

Around 49 per cent said youngsters pestered them to buy one, saying all their friends owned a smartphone.

Thirty-one per cent also said they came in handy when children were bored during school breaks, while 35 per cent gave their kids phones because they wanted them to be safe and in contact at all times. But many parents felt bad about buying gadgets. Of those who caved in because their…[read more here]