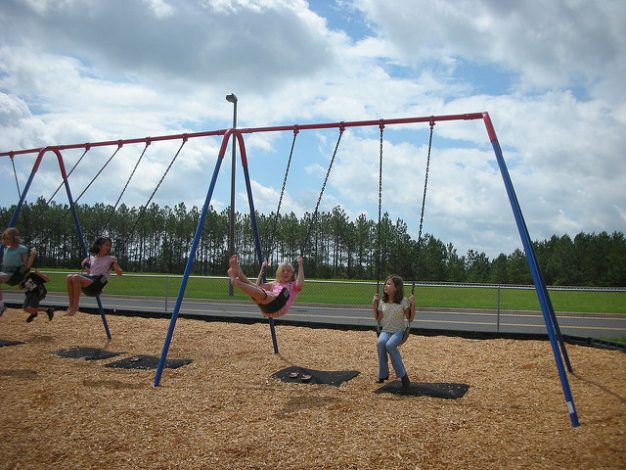 South Korean children spend an average of 34 minutes outside each day, significantly less than children in other countries, a study showed Tuesday.

The National Institute of Environmental Research said that Korean children spend less time exposed to nature and are more likely to stay indoors due to time spent on private education and digital technology in their spare time.

The state-run institute questioned 8,000 youths aged 18 and younger between 2013 and 2015 to find out the extent to which children are exposed to the environment.

The study found that the children aged 3-9 spent 34 minutes a day playing outside, less than a third of the time American kids spent (119 minutes). Canadian children played outdoors for 100 minutes each day.

The lack of outdoor activities is often linked to heightened health risks for children’s mental and physical well-being.

The American Academy of Pediatrics recommends that children spend at least 60 minutes in daily unstructured free play which it called “an essential part of children’s physical and mental health and social development.” The body pointed out that children who play outside are less aggressive and have better concentration, among other health benefits.

Richard Louv, chairman of the Children and Nature Network, noted in his book “Last Child in the…[+] read more