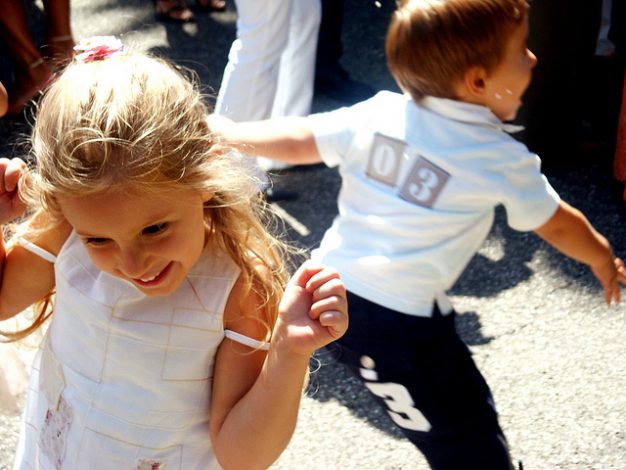 Playing is a natural part of human growth. Presently, playtime is on the wane for many kids today. Nationwide numerous surveys have found that in the U.S., recess time—even for kindergarten aged kids — is shrinking, and in some cases, the afternoon break to run around and scramble up the slide, play a quick, fun game of tag on the playground has disappeared altogether in favour of more time in the classroom and the overuse of technology to fill idle time.

Playtime is vital for kids’ health and happiness—and for the well-being of adults as well.

Below are 11 reasons why playing is more than just fun and games, whether you’re young or young at heart:

Playing helps young brains develop; the play experience impacts directly on the connections between neurons in the brain’s prefrontal cortex (the part of the brain that controls thought analysis and decision-making), helping kids develop executive function. Executive function is the ability to regulate emotions and solve problems. Research also suggests that imaginative play helps foster abstract thought and the ability to envision other people’s perspectives. It is through play that children at a very early age engage and interact in the world around them.

Playing is how we make friends, whether it’s 3-year-olds playing with mud pies or 40-year-olds playing a pick-up flag football game at the local park. Kids learn to negotiate social boundaries through playtime, working through things like what are a fair set of rules for their games and activities. A 2006 study said that play was the “primary means” through which kids develop social skills and learn to interact with their each other; skills that kids definitely need to develop long before they are adults.

Play2Health Father And Kids Playing With Snow 2Less than 50% of American kids today get the recommended 60 minutes of intense physical activity per day. The minutes spent running around on the playground or the backyard add up. Riding bikes around the neighbourhood, a friendly game of soccer, or just playing tag— are a required daily activity for all kids. These activities are all secretly exercise that form the foundation for a life long love of fitness.

A 2012, international review of 14 studies found that when kids where physically active and moved more, they performed better in school. Play seems especially beneficial to kids’ performance in math and reading, which both require efficient executive function. A 2008 study of 4th – 8th graders found that when kids passed more of their fitness tests in P.E., they were more likely to pass state Math and English tests.

Play2Health kids-soccerNumerous studies and surveys have found that kids are more focused on their schoolwork after recess where they have the opportunity to run, jump and play according to their own schedule and thought processes. A 2009 study that used U.S. government data on public school children found that kids who had at least one daily 15-minute recess break were rated as better behaved and less disruptive in the classroom by their teachers than kids who had little or no recess. This does make the author wonder how much of the abundent ADHD drugs that are prescribed annually could be eliminated by just adding recess into kids daily routines

Play2Health kids-play-monkeybarsPlay is a form of exercise. And what does exercise do? It reduces stress and tension. Even forms of play that aren’t physically strenuous can be good for stress levels. A 2009 study found that playing casual video games (defined as fun, easy to play games, rather than first-person shooters) for twenty minutes could improve moods and reduce stress.

Research shows that physical activity improves people’s sleep. One study found that 150 minutes of playtime per week—about 20 minutes a day—improved adults’ sleep performance by 65 percent. Plus, just playing outside could help improve snoozes. A 2013 study found that spending time outdoors, away from artificial light, shifts the cycle of sleep hormones. This helped participants go to bed and wake up earlier, and feel less groggy in the morning.

Play2Health kids-sprinklerResearch suggests that having the time and ability to run off restlessness at recess is particularly important for kids with ADHD. Kids afflicted with ADHD tend to have trouble sitting still and focusing in the classroom. One study asked kids to play tag before school and found that after eight weeks, they showed fewer signs of impulsive and aggressive behaviour.

DR. Peter Gray, a leading researcher on play has argued that a lack of playfulness during childhood can lead to pathological aggression later in life. Spontaneous play and play in general encourages socialisation and providing happy moments that can help deter the high levels of aggression that lead to violence, he argues.

Playtime allows kids to think and make up their own rules, explore new ideas, develop creative stories, use their imaginations and experiment. Each of these helps kids exercise their creative muscles.

Play2Health group playingPlay is enjoyable activity. Both social and physical activity have both been shown to bolster mental health. Social activities have been shown to reduce depression while regular exercise can assist with stabilising moods and decrease anxiety. Science is demanding that you go out and play right now, what are you waiting for? Go Play!

A more relaxed, creative, and happier you is closer than you may think, just make the effort to play everyday!!

Meredith is a 9+ time Ironman Champion. She is a graduate of Syracuse University with a Bachelors Degree in Nutrition. Meredith attended Syracuse on a Division I athletic scholarship at Syracuse University in both field hockey and track. She was a 4-sport high school athlete and funneled her love of fitness into a successful career as a professional triathlete.