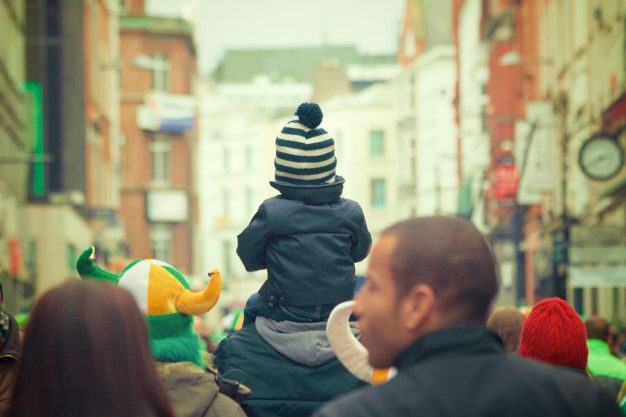 Here, U.S. family therapist Julia Harkleroad, suggests 5 steps to counter these over-protective tendencies, and to successfully ‘launch’ teenagers into effective adulthood. According to the therapist, there is a natural tendency for parents to shield their children from pain, discomfort and difficult life experiences. However, statistics show this may be counter-productive. Resilience, or the ability to overcome adversity and advocate for oneself, is a necessary outcome of a childhood fully lived; one that that equips the individual for success and fulfilment as an adult.

The transition we make from childhood to adulthood is one of the most challenging we face as human beings. Adolescence, half in childhood and half out, can be the gateway to long-term success as an adult or the kick-start of adult pathology, where our lack of coping skills finally catches up with us. Fears of incompetence, unworthiness and reluctance creep in and we flip through our memory bank for exceptions to our fears; times when we exemplified resilience and overcame great challenge.

My work with parents of both small children and “adultescents” (“adult” children) leads me to believe that preparation for a successful launch* into adulthood at 18-20, begins at birth. Increasing a child’s tolerance, slowly, over time, for ambiguity, transitions, and yes, even for failure, means they will be more capable at 18 to withstand adversity. The 2010 Census offered some sobering statistics on the difficulty of launching* in the 21st century. Only 50% of Americans in their mid-20s consider themselves financially independent and earn enough to support themselves and a family. Not to mention, 63% of men and 52% of women between 18-24 years live at home with their parents.

The Inherent Value of Adversity

Adversity builds immunity. It is important and valuable for children to “catch” failure and difficulty early in life so that they are better prepared to handle it, be “immune”, as young adults. Adversity increases coping capacity, encourages the practice of asking for help, develops a sense of mastery over challenge, shapes confidence and creates stories of perseverance to fall back on in future difficult times. With five basic principles, therapists can better position parents to support their children’s successful launch*.

Five Principles for a Successful Launch*

1) Teach parents to let go of their need to control the outcome. Help them to allow their child’s success to be real and uninfluenced. When parents praise their children for every single thing they do, they don’t learn resilience. When parents prevent danger and difficulty at every encounter, they block real self-discovery. Both resiliency and self-discovery are paramount to successful launching*.

2) Challenge a parent’s foundation. Carve out clear family values with them and define internal versus external performance, identifying what is most important and the line of separation between parent/child outcomes. Unless success is experienced to a large degree, internally, a child will always look for gratification and satisfaction outside of him/herself. Later in life this can look like sore losing, an inability to self-soothe, blame, obsess with perfection and at its worst, develop eating disorders, depression, anxiety and addiction (drugs, gambling, eating, shopping).

3) Model tolerance for parents. Walk them through the steps of letting go. Children are born without the ability to distinguish “me” from “you” (i.e. the attachment figure/s). But, over time, the most natural human progression is to begin to separate and identify oneself as unique and distinct from caregivers. Allowing this process to begin earlier will help it to be more tolerable later.

4) Challenge a parent’s identity. Help parents to remember who they were before they had children. Remind parents that their own journey as a human being doesn’t end because they became a parent. Encourage continued learning and evolution. Praise effort so parents can praise the efforts of their children to help them grow.

5) Make a plan for how to disperse time and resources. All parents are deserving of independence, self-interest and indulgence to some degree. Map out how the parent has abandoned his/herself or the marriage for his/her child. Ask parents when the last time was that they went out without the kids? When was the last time they allowed their child to be responsible for his/her own behaviour, even if it meant allowing failure?