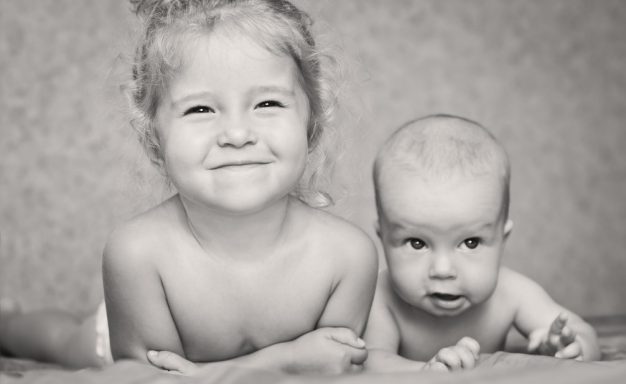 Implications of birth order on children in the 21st Century

In general birth order theory has powerful effects on future personality; and therefore on future relationships and ways of interacting. However, the implications of sibling position have received less clinical attention in the last decade. Research suggests it should not be overlooked in treatment planning.

The Effects of Order

Birth order theory has been researched for decades. The premise is that sibling position has effects on personality and differentiation in childhood development. First-born children tend to be focused on perfection, authoritarian in relationships and risk averse. Middle born children are far less egocentric, more artistic and social. Youngest born children tend to be endearing, pampered and protected from adversity; and therefore struggle to launch* as independent adults. Coping skills are pivotal to successful launching* and these are hard earned through trial and error. This requires that parents allow a child to fail and suffer consequences and then try again, all free of shame. Herein lies the impetus of birth order.

Sibling position is the first role children learn in life and provides a template for how to interact in other relationships. Siblings tend to assume the same roles in relationships outside the family. So, if a younger sibling is used to being sheltered from adversity, both by parents and an older sibling, launching without the coddling and cleanup of either can be rather difficult.

Most first-borns struggle through some hardships, together with their parents. Both learn how to navigate the parent/child relationship by trial and error. By child number two or three, parents, despite their best intentions, are more cavalier, spread thin by life and responsibilities. And, despite their best intentions, parents are quite incapable of raising multiple children exactly the same. Research shows that siblings are actually quite aware of this partiality in light of parental efforts to minimise the disparity by making sure all children feel “equally” loved.

There is often a triangular relationship between siblings and their parents. Parents will often qualm their anxiety about one child by lassoing the other child into the situation. Often the older sibling will engross the parent system in conversation or agreement about the pathological nature of the younger, less independent sibling. This can look like a behavioural grade report when a parent gets home from work. These experiences are often internalised as a lack of confidence, which limits the younger child’s ability to build intrinsic motivation, spark creative problem solving and develop a belief in self-improvement.

The more individuated sibling, often the oldest child, has learned to be self-supporting while the less individuated child, often the youngest, becomes more emotionally entangled with the parent and less able to differentiate and develop a clear, confident sense of self.

Birth Order in the 21st Century

So, how is birth order related to the recent research on millennials**? According to a New York Times article published in 2010, millennials** are behind in all five milestones of adulthood including: completing school, leaving home, becoming financially independent, marrying and having children. Does it make sense why millennials can’t seem to grow up? The 2010 Census offered some sobering statistics on the difficulty of launching* in the 21st Century. Only 50% of Americans currently in their mid-20’s are financially independent which was defined as earning enough to support themselves and a family. Not to mention, 63% of men and 52% of women between 18-24 years live at home with their parents.

While a Newsweek poll from 1993 found that 80% of parents interviewed believed their children should be financially independent by age 22, a similar poll today found that parents have raised that expectation to 25 years or more. Call them shallow. Call them self-absorbed. But millennials might actually just be suffering from younger sibling syndrome. Maybe parents today are less inclined to deal with their own fear and anxiety and more likely to use their children as a distraction, excuse or mediator in some pretty challenging times.

Millennials** are struggling to learn resilience. When their parents and older siblings step in to prevent danger and difficulty, millennial** are blocked from real self-discovery. It also sparks jealousy and conflict in sibling dyads. Both resilience and self-actualisation are paramount for successful launching*.

**A ‘millennial’ is a person reaching young adulthood around the year 2000.