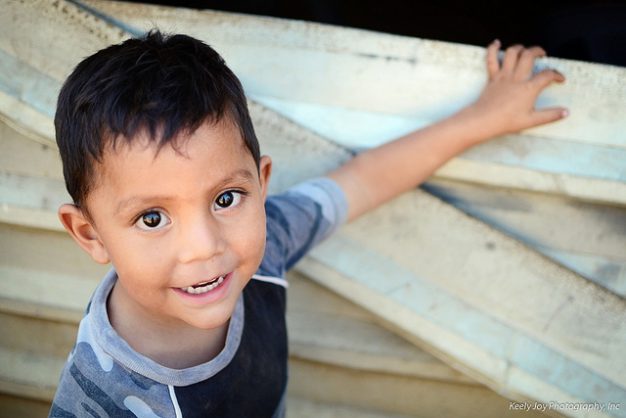 High levels of child poverty across the EU call for actions

Almost 27 million children in Europe are at risk of poverty or social exclusion and the current economic, financial and social crisis is putting them even more at risk, according to a report by Save the Children on child poverty and social exclusion in Europe (Brussels, 2014). Although the Europe 2020 strategy for smart, sustainable and inclusive growth aims to lift at least 20 million people out of the risk of poverty or social exclusion by 2020, at the moment the European Union (EU) is moving away from achieving this target.

According to the report, there are children living in poverty in every European country, including the traditionally egalitarian Nordic welfare states. In the 28 EU member states, 28% of under-18s are at risk of poverty or social exclusion and in my countries, the gap between rich and poor is widening. Between 2008 and 2012, the number of children at risk of poverty or social exclusion in Europe went up by almost 1 million – with an increase of around half a million in only one year between 2011 and 2012.

Children’s participation: the right to be heard

A crucial part of understanding childhood is to realise that adults impose on children a certain discourse related to our changing culture and needs. There are adult needs hidden under myths about childhood, arguing that in reality fears and related policies about children often have to do more with our needs than their own. Children are people without a voice: one of the most powerful manifestations of diversity worldwide.

If children could have a voice then they could argue that a significant portion of their population (because childhood is not an entity in itself) does not live according to the standards conveyed through advertising. Advertisements aimed at the family as a consumer entity in today’s world, legitimise the hierarchical worldview in our minds, but behind these media market forces there is everyday reality. Children are facing social and economic exclusion and poverty even in our powerful European nations.

But first it is of great importance to identify with the terminology, as this is a term in constant evolution due to socio-cultural interaction. Poverty is not when a person “starves”. That would have an oversimplification in order to undermine the percentage of the problem. Poverty is when an individual or family unit does not have the resources required to maintain an acceptable standard of living, according to the possibilities and values of a certain place and at a certain time. Poverty of children is when a child or a segment of children does not have the same opportunities to start his journey in life like the rest of his or hers fellow-agers.

The topic was spotlighted in the beginning of the century when, in December 2006, the United Nations General Assembly (UNGA) adopted, for the first time, an international definition of child poverty. It has been recognised that: “… children living in poverty are deprived of nutrition, water and sanitation facilities, access to basic health-care services, shelter, education, participation and protection, and that while a severe lack of goods and services hurts every human being, it is most threatening and harmful to children, leaving them unable to enjoy their rights, to reach their full potential and to participate as full members of society”. (UNGA, 2006, para 460)

Migrant children at a higher risk of poverty

As the Child Poverty and Social Exclusion in Europe (2014) points: Policy and decision makers should apply a cross-sectoral approach in consultation with civil society and exchange learning on policies and practice across Europe. They should make use of all available resources in an effective way in order to achieve immediate, positive and lasting change for children. Investment in children should be a fiscal principle at European, national, regional and local levels, recognising that resources allocated to children today will deliver benefits to society as a whole – now and in the future.

The European Social Network (ESN) sees access to social services as important not only to reduce child poverty and improve child’s wellbeing but also essential to achieve the above Europe 2020 targets. The recommendation should hence advocate universal access to key services for all children and families and access to specialist services for the most disadvantaged children.