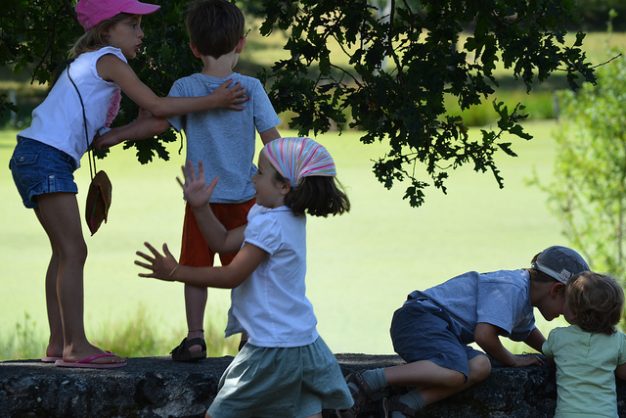 Parents should be more aware of impacts of childrens’ autonomy

Often parents tend to promote autonomous behaviours through the promotion of tasks such as riding a bicycle unassisted and without trainer wheels, and even making decisions about what food to have at certain meal-times. However, parents need to become aware of how much autonomy is a bit too much because parenting has a positive influence on childrens’ well-being later in life.

The behaviours and actions that children engage with every day have implications for their health and well-being, as they move through the developmental phases of childhood, into adolescence, before arriving at adulthood.

Promoting autonomous behaviours are not bad at all, and have often been associated with positive developmental outcomes, according to a theory of human motivation (Self-Determination Theory). Globally, the numbers of non-communicable diseases among children and adolescents has been on the increase with implications mortality rates. And therefore, parents still play an important role in the developing child, and need to assist in decision making particularly around tasks that would promote health and well-being in later life. Often, insufficient physical activity has been considered as the fourth leading cause of global mortality by the World Health Organisation. Children tend to be less physically active as they develop towards adolescence.

The question, however, from the perspective of practitioners, is whether parents play an important role in the promotion of a healthy lifestyle for children? The answer to this is yes. In a recent review examining the associations between parenting styles and children’s engagement in physical activity, it was found that parental behaviours and actions employed by parents were in fact important.

The findings of the review conducted by the University of the Western Cape found that parents who employed an authoritative parenting style were associated with engagement in physical activity by children and adolescents. The authoritative parenting style is parenting that involves display of both high control and acceptance. These are often parents who set rules that children should obey, and explains why obeying the particular rules are important.

Studies conducted internationally have also associated authoritative parenting with positive developmental outcomes for children and adolescents. The role that parents play therefore becomes important. So, parents have an important task in promoting a healthy lifestyle. A recent study also found that parenting styles were important in the decisions that adolescents made relating to healthy lifestyle behaviours.

Our role as practitioners is also important for the developing child, in promoting a healthy lifestyle, with potential to help address the global public health concern about the increase in physical inactivity and sedentary lifestyles, which often promote non-communicable diseases. From a practitioner perspective, interventions focused on increasing parental involvement that fosters warmth and control would be pivotal for the promotion of healthy lifestyle behaviours of children and adolescents, assisting in the promotion a healthy lifestyle and lessening the current global burden of non-communicable diseases.