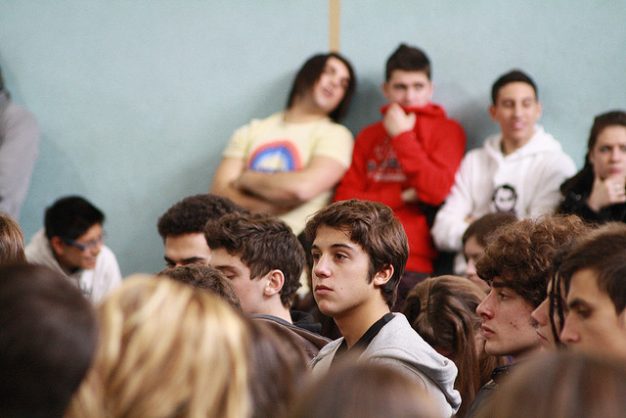 Economists warn of growing alcohol use by children worldwide

The long awaited report “Tackling Harmful Alcohol Use”, launched on 12th of May earlier this year, observed the issue of alcohol use in the OECD countries and came to several conclusions about the dynamics of alcohol use and its effects on children.

According to the report, the trends of increased alcohol use in many countries, has not left children unaffected. “The proportion of children aged 15 and under who have not yet drunk alcohol shrank from 44% to 30% of boys and from 50% to 31% of girls during the 2000s. The proportion of children who have experienced drunkenness increased from 30% to 43% (boys) and from 26% to 41% (girls) in the same period”.

This worrying statistics is of particular concern for Europe, the continent with the highest level of alcohol consumption in the world. In Europe, the costs of alcohol-related harm go as high as 156 billion EUR a year, including the costs of health systems and other social costs.Despite the apparent financial impact to EU’s budget, the after-math of the high alcohol use in EU goes beyond finances. It affects families, and by that children, causing a lifetime of low self-esteem, poorer academic performance, and higher chances of the affected children to face alcohol-related problems in their later years.

The report emphasizes that culture and cultural habits have a big say in children’s early onset alcohol use. However, the current debate, especially among public health practitioners, aims to shift the perspective from associating alcohol with culture and food, to focusing on the social norms and the reasons that kick start alcohol use and exposure to alcohol among the youngest.

“One of the main goals of alcohol policies is to promote public health and social wellbeing. Additionally, policy can address market failures, for example by protecting vulnerable consumers (e.g. children) from exposure to alcohol, protecting people other than drinkers from harms caused by alcohol, (…)” – states the report.

In the period when the highest topic of interest in the EU is the future of the EU alcohol policy, the OECD report brought up fresh material and data for the policy makers to use. At the end of the day, choosing how to act when it comes to alcohol policy is merely a political decision, highlights the report.

For many, the effect of alcohol over families remains a taboo, an issue that is kept out of the public eye. For many as well, the connection between alcohol policies and child well – being is also not direct and straightforward.

Finland is one of the countries that has shifted its laws to ensure bigger protection of children from exposure to alcohol advertising, a connection proven to lead to higher chances for early onset alcohol consumption. Being one of the first countries in the OECD area, Finland has stepped up into regulating alcohol advertising online, a growing issue in the era of social media and fast technological development.

Ensuring safe childhood and growing up in a free, safe and inclusive environment is vital for all children. Not only this is enshrined as a right in the Convention on the Rights of the Child, but it is also enshrined in the founding acts of the European Union, as the obligation of all institutions to ensure the best interests of the child in all their decisions and policies. So it becomes a collective responsibility to think about children’s rights and wellbeing more openly, and make sure that, indeed, the best interests of children is what guides all policy debates.