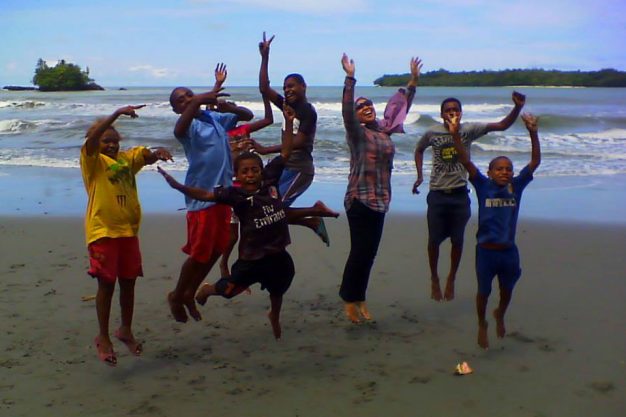 Indonesia has made significant progress in implementing Article 12 of the Convention on the Rights of the Child, through decrees on child participation in neighbourhood development, which have been issued by the Minister for Women and Children.

Child policy specialists in Indonesia have long child believed that children’s grass-roots participation is a key to society hearing and responding to the them and their aspirations needs. Planning policy – legislation and regulations – has increasingly provided space for such participation in local development plans.

Villages, districts, regencies, cities and provinces all over Indonesia have created children’s forums that play an important role in ensuring that the young population participates in the decision-making that will affect the future shape of their neighbourhoods.

Creating opportunities for children to express their views and wishes in decision-making processes, and involving them in the process of implementing policies or programs that impact on their everyday lives is remarkable progress for Indonesian communities.

These forums are being developed in many regencies and cities in Indonesia and are facilitated both by government and civic society bodies. But, while having an established children’s forum will usually attract government recognition that a regency or city is child-friendly, the question remains, how effective these forums can be in exercising the meaningful participation of children and young people.

Manokwari Regency is located in eastern part of the Bird’s Head of Papua, in the Doreri Bay. It is centred in Manokwari town, established in 1898 by the Dutch Government. The Regency has a multi-ethnic population of more than 210,000. The major indigenous people of the area are the Afar and Numfor-Dore tribes. All levels of education, from pre-school, elementary, secondary and even universities and colleges have been established in the city.

In the recent years, the development of child-friendly policies in Manokwari have focused on two pilot areas in the villages of Udapi and Yoom, which each have different demographic characteristics.

In the Yoom Village, children’s participation is promoted through a bottom-up approach centred on the right of children to be heard. This is a simple approach, which involves analysis of the village, gathering data about children, disseminating government policy on participation; and forming an action plan.

To promote children’s participation, parents and the wider community are first informed about children’s rights and the importance of child protection, before informing children themselves of rights and obligation by pictures and models. This is done to understand the aim of children’s involvement in development, especially in their participation in the development of their own neighbourhood.

The most important part is meeting with the children, where they introduce themselves to each other and are supported to express their views and wishes, and to explore their own individual needs and aspirations.

Although these groups are often held on beaches in with minimal equipment and basic methodology, the message is strong. These children – and their communities –have high hopes that their voices will be heard. 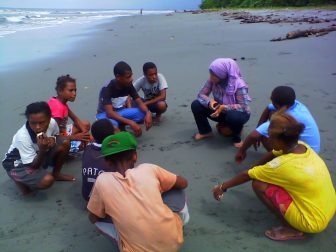