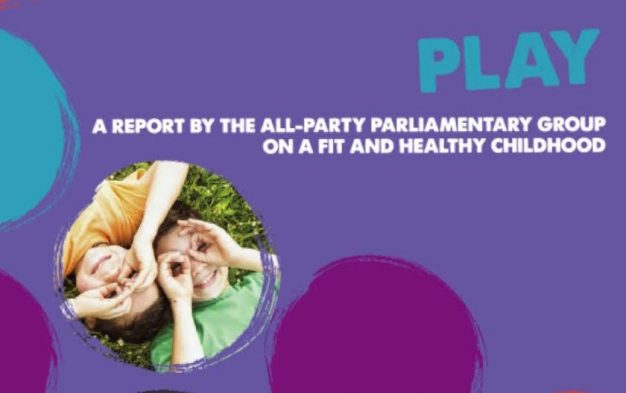 The UK All Party Parliamentary Group on a Fit and Healthy Childhood launched its long-awaited report on children’s play on 13 October 2015, calling for a wide-ranging series of policy measures to promote and support children’s play as central to a ‘whole-child approach’ to combatting childhood obesity.

Announcing the report, the group’s secretariat said that ‘whilst there is broad consensus about the importance of physical activity in the battle against obesity, play (policy) has lost political momentum in recent years and the report calls for a fresh approach’.

In a statement released alongside the report today, the group’s co-chair, Baroness Floella Benjamin, of children’s television fame, said that the group’s ‘proposals on play are ‘integral to a “whole child” strategy for health and wellbeing and should not be regarded as an “add on”. Of course encouraging children to participate in sport is important, but in practice, not all children are “sporty”. Play benefits children of all ages in many different settings and should be at the heart of government initiatives to promote their health and wellbeing, overseen by a Cabinet Minister for Children with the power of cross-departmental audit’.

The group added that the report emphasises ‘play as an essential part of the learning process both inside and outside the classroom and home’ and that it also looks at ‘the role of the planning process in making streets and outdoor space playable for children’. The report calls on ‘the play industry, advertising, the media and national and local government to recognise the contribution that play can make to children’s lives’.

The report’s lead author, former MP, Helen Clark said that it was time for a re-evaluation of play (policy) including new guidance for parents and training for health and education professionals. She also stressed the need for play not to be regarded as an expendable part of childhood:

‘The All Party Group sees play as central to a child’s learning and healthy development … There is a worrying trend towards cutting down on break times at school and parents being reluctant to let their children stray away from the garden. It’s time to see play in all its infinite variety as an essential component of child health of mind and body – and also key to combating the scourge of obesity.
(Promoting) play as part of a whole child strategy should be a key priority for policy-makers at all levels’.
One of the contributors to the report, independent play policy advocate, Adrian Voce welcomed the Parliamentary group’s recognition of the importance of play, but questioned whether the right policy measures would materialize without a discrete national play strategy:

‘It could be good news for children that Parliamentarians are again championing the importance of their play but, without its own dedicated plan, there is always a danger that play policy becomes seconded to other agendas, which can ultimately have an inhibiting effect on the opportunities and freedoms that children need. The group’s earlier proposal was for a new national play strategy. The implication of such a wide-ranging set of recommendations is that a proper strategy – identifying core principles and definitions, and a means of coordinating action on a number of fronts – is needed more than ever’.

Adrian Voce is the author of Policy for Play-responding to children’s forgotten right, published later this month by Policy Press.