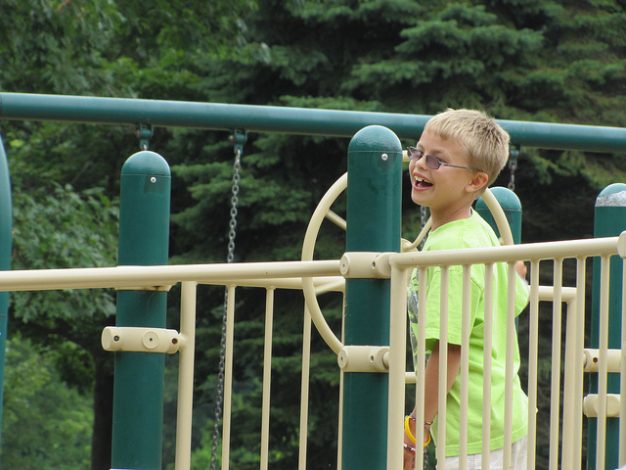 Croatian towns and districts participate in a yearly competition in which they are being awarded for programs that improve the lives of the children and encourage understanding, acceptance and inclusion of children with special needs in the given areas.

There is growing evidence that suggests that children learn about feelings of belonging, acceptance, and rejection at an early age. Therefore, it has become imperative to create more opportunities for children with disabilities to participate in childhood play.

The importance of inclusion for all children

“The competition ‘Best Actions’ was launched in 2004 by the Action’s Central Coordinating Committee as part of a project called “Towns and Districts – Friends of Children. ‘Best Actions’ aims at encouraging towns and districts to design and implement innovative programmes which promote children’s well-being and their involvement in the community life and accommodate special-needs children,” said Giovanna Armano, Paediatrician from the Croatian Society for Preventive and Social Paediatrics.

“The aim is to create an environment in which every child can exercise their right to grow, develop, play and enforce positive attitudes and interaction between all children regardless of abilities. And since the focus is on facilitating play for children with disabilities, it helps the communities to recognize the values of tolerance, mutual acknowledgement and humanitarian activities,” explained Armano.

The competition has its criteria for selection and the inputs are assessed by an Evaluation Committee. In addition, as a form of public recognition, towns and districts are awarded with the following prizes:

a) Charter (first rank) – this award is given for Best Actions with exemplary implementation.

b) Charter (second rank) –  this awrd is given for Best Actions with successful implementation improving and enhancing the lives of children in a given town/district.

“Since its launch, during the last ten years, the ‘Best Actions’ competition has helped local communities to implement more than 270 programs for the benefit of children,” said Armano. The programs include creative workshops, sports events, humanitarian actions, volunteering, etc.

“Through this competition children are educated about health and safety, ecology, prevention of addiction, volunteering, integration of children with developmental difficulties, preservation of traditional values, culture and national heritage and intergenerational solidarity,” said Armano.

Below is an overview of some of the examples of ‘Best Actions’ programs that have helped children with developmental difficulties. They have been divided into different areas based on type of actitivity:

The creative workshops enable kindgergarden and primary school children to create items for sale, where the generated funds are donated to children with learning disabilities. The towns that participated in this activity include: Zagreb, Rijeka, Prelog, Visoko, Gospić, Požega, Valpovo, Sisak and Labin.

The events are organized for children who are seriously ill. Generated funds, which are collected by their school friends are used for their treatments. The towns, who participated in this activity include: Koprivnica, Zabok, Otočac, Lovran, Ravna Gora and Vinkovci.

Workshops for children with developmental difficulties

These worshops are organized particularly for children with learning difficulties and disabilities in which they can participate directly. The towns that participated in this activity include: Križ, Valpovo and Varaždin.

Volunteer duties include helping severely ill children and children with disabilities. Towns active in this activity are: Rijeka, Čakovec, Zabok.

Local communities design inclusive play environments that are thoughtfully planned to be accessible and appropriate for children with special needs.

“In today’s society, we have become more aware and therefore more committed to building a society in which the inclusion of children with difficulties is a perfectly acceptable. This has resulted in initiatives that enhanced the inclusion of children with difficulties and enriched their lives by being able to participate without any obstacles,” concluded Armano.