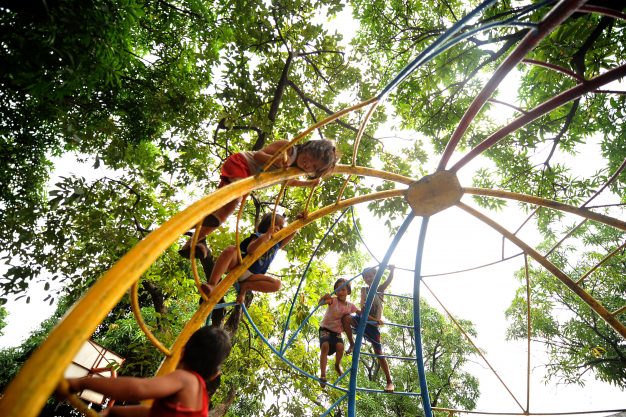 Recent comparative study carried out in Hong Kong reveals that children’s independent mobility can be impacted by their social and cultural background but also by the neighbourhood design.

The researchers acknowledged the importance of engaging with children to find out their views on their lives and sent questionnaires to children aged 7 – 15 years. Their parents were also invited to participate in the survey. The study was carried out in 2011-2012 and the research method used was through distribution of questionnaires.

The questionnaires contained the following questions:

– where did they live

– method of travel to their school

– how and where did they play and spend their free time

– how did they feel about themselves

– how did they measure their happiness in daily life

The study revealed that children from both countries, Hong Kong and Japan have had their freedom restricted in different ways depending on their physical and social environments.

“We found some differences between the two countries. For example, in Hong Kong, there is a governmental regulation that children who are under 11 years old are not allowed to be without a parental supervision or that of a guardian. This results in lower levels of independent mobility among children in Hong Kong. However, their satisfaction level of daily life and self-estimation is quite high,” said explained Kumi Tashiro, researcher in the field of participatory urban planning with younger generation from the University of Hong Kong.

Japanese children seem to be enjoying much higher CIM and are not as restricted as the children in Hong Kong. The research reveals that urban planners design the neighbourhoods to allow for children to go to school on foot, alone and unsupervised.

“The Japanese children are allowed to travel or to walk to and from school alone. In addition, it was found that they are able to go out visiting friends without adult supervision. However, Japanese children have quite a pressurised and busy schedule after school and therefore stay in more and have less free time to enjoy the independent mobility.”

“It could be said that those international comparisons show that the children’s independent mobility is influenced by their social and cultural background but also by the community and urban planning”, concluded Tashiro.